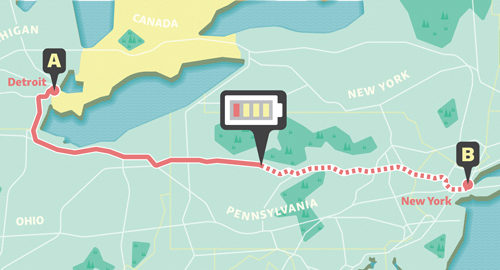 Things haven’t gone quite as planned for Tesla Inc. since it launched production of the Model 3 sedan in July. The California carmaker’s suburban San Francisco assembly plant has struggled to reach production goals for the battery-electric car and, in October, the automaker said its year-end timeline of producing 5,000 cars a week won’t be met until this spring or summer.

As it stands, the electric vehicle sector is a niche market that’s luring more players. The flood of new battery-electric vehicles, or BEVs, coming to market over the next two years comes as one of the oldest automakers racks up record sales of its newest entry in the field.

General Motors Co. has seen a surge in demand for its mainstream model, the Chevrolet Bolt EV. GM has two additional units planned by early 2019, and 20 more by 2023. The idea  is to add more electric vehicles for Cadillac and Buick, and include GMC down the road.

Perhaps no upcoming model is drawing more attention than what Toyota will roll out in 2021, part of a new joint venture with Mazda. While Toyota isn’t saying much publicly, the Japanese giant is working on a breakthrough known as solid-state technology, something that’s likely to leapfrog the lithium-ion chemistry that has been the industry’s go-to battery for much of this past decade.

Solid-state batteries are expected to all but eliminate the drawbacks that have, until now, made it difficult for plug-in vehicles to appeal to a truly mass market.

A breakthrough is clearly needed. The latest electrified vehicles have come a long way since the beginning of the decade, but they still have a ways to go. Study after study shows range is the single-biggest concern among potential buyers. The first generation of BEVs barely managed 100 miles per charge, but Tesla has punched that up to as much as 300 miles with the P100D version of its Model S sedan.

Of course, you’ll have to pay for the privilege; the P100D starts at $135,000, even after a recent price cut. Price is, in fact, the second big obstacle when it comes to electrification. After federal tax credits, the base Tesla Model 3 and Chevy’s Bolt EV — which both offer a range topping 200 miles — start at around $35,000. The second-generation Nissan Leaf, at 150 miles, comes in at barely $25,000 after credits.

The third big obstacle is charging time. The first-generation Leaf needed the better part of a day to charge using a standard 120-volt outlet, or required an overnight fill-up using a 240-volt “Level 2” charger. Today, using high-voltage Level 3 systems, most long-range EVs can get an 80 percent top-off within an hour. Even so, that can seem like a lifetime for busy urban drivers and those traveling long distances. And few service stations offer plug-in equipment.

That’s where solid-state batteries could change the equation. The technology is more compact and provides greater energy density than today’s “advanced” lithium-ion batteries, while storing more power in a smaller, lighter package. It’s also expected to offer a much faster charging time of five to 10 minutes, which is more in line with what it takes to fill a gas tank.

“We believe our solid-state battery technology can be a game-changer, with the potential to dramatically improve driving range,” Toyota Executive Vice President Didier Leroy told reporters at October’s Tokyo Motor Show. Already shown to work in the lab, the question is whether it can survive 100,000 real-world miles in the family chariot. “We’re scrambling to finish developing this technology, but a few issues still remain as we try to mass-produce this,” Toyota Chairman Takeshi Uchiyamada recently told the Reuters news service.

Nonetheless, Toyota is investing more than $1 billion in a new line of battery cars and the U.S. plant that will build them. The factory will be operated as part of a joint venture with Hiroshima-based Mazda Motors, which will get its own BEV line.

Toyota isn’t the only automaker betting on solid-state batteries. Commercializing the technology is triggering one of the biggest sprints the industry has seen in decades, and it’s not just traditional automakers like Toyota that are lining up in the starting blocks.

Israeli startup StoreDot, based in Tel Aviv, is working on a “nanotechnology” battery that could yield more than 300 miles of range and “take five minutes to reach full charge.”

Best known for products like vacuums and air purifiers, Dyson Ltd. in the United Kingdom acquired Ann Arbor-based Sakti3, a University of Michigan spinoff, in 2015. Sakti’s appeal? Proprietary solid-state battery technology. In the appliance world, it’s all about run-time rather than range. Advanced batteries like Sakti3’s could make it easier to go cordless and give the British appliance manufacturer a leg up on the competition, but company founder and tech chief James Dyson hinted he had other things in mind.

Dyson has been sending out mixed signals; last May, the company suggested it was abandoning Sakti3’s patents. Four months later, it confirmed longstanding rumors that it would enter the electric-car game, relying on solid-state batteries. “I’ve been developing these technologies consistently because I could see that one day we could do a car,” Dyson said.

Solid-state isn’t the only possible battery breakthrough. Daimler AG, parent of both Mercedes-Benz and Smart, announced in mid-September a $600 million investment to build both batteries and BEVs at its Tuscaloosa, Ala., plant. Daimler joined in with a consortium of investors extending $60 million to fund research by Israeli startup StoreDot, based in Tel Aviv, which is working on a “nanotechnology” battery that could yield more than 300 miles of range and “take five minutes to reach full charge.” 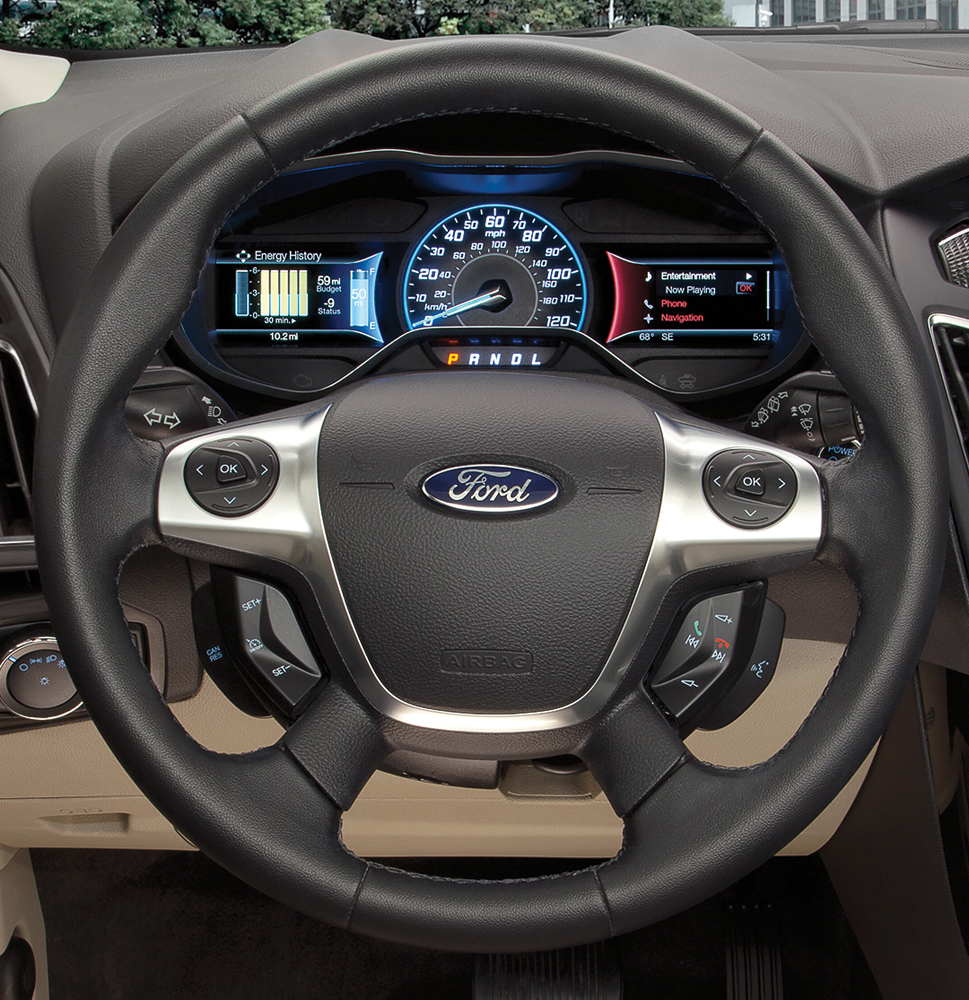 The Ford Focus Electric offers a range of around 100 miles.

Other potential breakthroughs include sodium-ion batteries and ultracapacitors. Henrik Fisker, a renowned automotive designer, and CEO and chairman of Fisker Inc., recently unveiled his concept E-Motion sedan that could offer as much as 400 miles of range with charge times measured in minutes.

â€‹Fisker has been hinting at several futuristic technologies that would help him get there, including ultracapacitors that use a Nobel Prize-winning compound called graphene that reportedly could hold up to five times more energy than a comparably sized lithium-ion battery.

Still, over the decades there have been plenty of promising breakthroughs that failed to pan out, such as the high-temperature sodium-sulfur batteries Ford was promoting two decades ago. In the 1970s, avid inventor and industrialist Bill Lear sunk millions of dollars into a steam-powered engine that never panned out.

Still, the pressure to come up with a breakthrough energy solution is increasing almost daily. The U.S. Corporate Average Fuel Economy mandates that automakers reach a fleet range of 54.5 mpg by 2025, and most vehicles will need some form of electrification — whether hybrid, plug-in, pure BEV, or hydrogen fuel cells — to get there.

While the Trump administration is studying whether to roll the numbers back, California’s powerful Air Resources Board has signaled it will go the other direction, possibly setting in motion rules that will phase out the internal combustion engine entirely. It isn’t alone.

Norway and India have already enacted internal combustion engine bans that will be phased in over the coming decade. The U.K., France, and Germany are studying the merits of similar mandates.

So is China, which has already enacted minimum targets for new energy, or plug-based vehicles. Ford, BMW, and Mercedes’ parent, Daimler AG, are just three among many global carmakers that are setting up joint ventures specifically focused on battery-car production in China, joining a number of domestic manufacturers that solely produce plug-ins and pure electric models. China is already the world’s largest EV market, with 336,000 of the vehicles registered there last year — more than double the U.S. volume.

It’s hard to find a single global manufacturer that isn’t charging into the world of electric propulsion. Even Aston Martin has launched its first battery car, a version of its four-door luxury sedan dubbed the RapidE. A second BEV will follow based on Aston’s upcoming DBX SUV.

The Nissan Leaf, one of the first all-electric cars in the modern automotive industry, has a range of 107 miles and can be charged in about six hours using a 220-volt outlet.

At the other extreme, Volkswagen plans to invest more than $20 billion in electrification and will offer at least one hybrid, plug-in, or BEV version of every product it builds through its dozen automotive brands. That would lead to some two-dozen pure electrics by the middle of the next decade.

Then there’s GM, which “believes in an all-electric future,” global product development czar Mark Reuss said in October. It will have “at least” 20 pure electric models by 2023 and ultimately will go entirely battery-electric, although it has yet to announce a timeframe.

Collectively, electrification is perhaps the single biggest bet in the history of the automotive sector. Considering new vehicle energy regulations across the globe, the industry may have no alternative than to push forward despite the uncertainty of mass consumer acceptance.

The other consideration is whether car buyers will turn to electric vehicles at a time of low oil prices. In the near term, battery cars will likely remain a difficult sell and will continue to require government support here and abroad, according to Xavier Mosquet, author of a new study by the Boston Consulting Group. “We see an economically sustainable market for electric vehicles somewhere between 2025 and 2030,” says Mosquet, who previously ran BCG’s Detroit office.

When the consulting group released its previous electrification study in 2010, the technology cost around $670 per kilowatt-hour. Today, that’s as low as $150, even as batteries have become more energy dense, quicker to charge, and more reliable. Within five years BCG forecasts the figure will drop to $70 a kilowatt. Put in perspective, batteries available in 2010 cost around $40,000, while in today’s Chevrolet Bolt EV, the price is around $4,000. The solid-state batteries Toyota plans to use could drop prices another 20 percent. 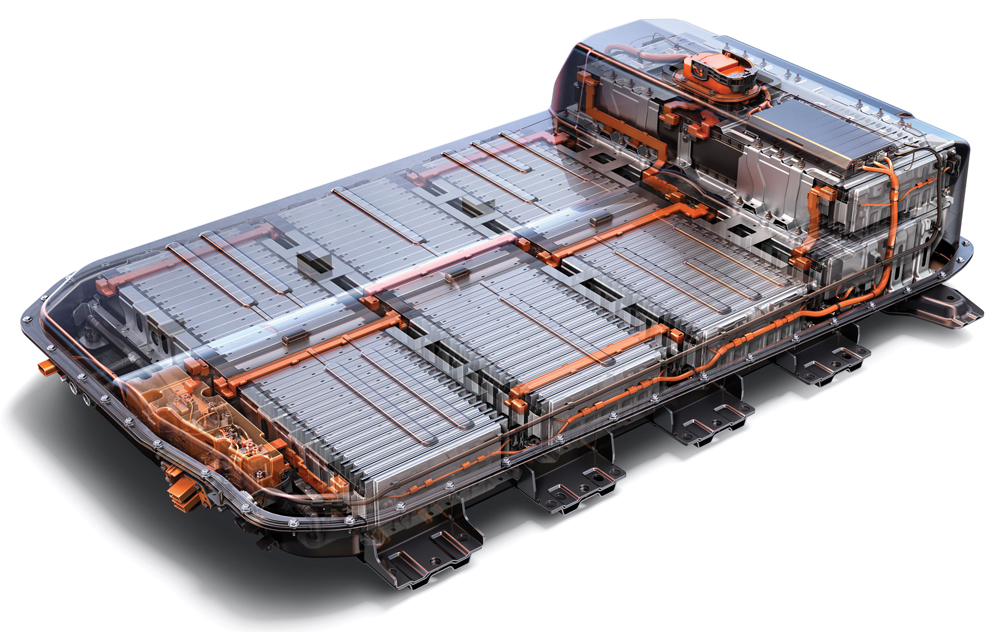 The Chevrolet Bolt EV has a battery pack that is set between the frame and the cabin, which frees up space.

By 2025, the typical battery-electric vehicle will likely achieve price parity with a comparable gasoline-powered vehicle, and for those who clock the 12,000 to 15,000 miles a year typical of American drivers, there will be substantial savings on energy.

Charging overnight, using an interruptible dedicated circuit, can reduce the cost of electricity to as little as 2 cents a kilowatt-hour in some parts of the country. Even at 11 cents, a full charge of the Chevy Bolt’s 60-kilowatt battery costs $6.60. That’s about a third less than the cost of gas for even the most efficient vehicle in its class.

By 2030, BCG anticipates one in five new U.S. vehicles will run on batteries alone, with half of those operated by Uber, Lyft, or another ride-sharing service. About 2 percent of the market will be made up of plug-in hybrids, while conventional hybrids and so-called micro-hybrids will account for another 28 percent. Gas and diesel vehicles will make up the rest of the market.

At the same time, the global Hydrogen Council, made up of more than 20 energy and transportation companies including GM, Audi, Toyota, Daimler, and Honda, released a study in November that forecast that hydrogen fuel cells could power 10 million to 15 million cars and 500,000 trucks by 2030, with many uses in other sectors such as industrial operations, and commercial, residential, and hospitality  structures.

Apart from the potential for hydrogen to power our future, what worries Mosquet and other battery-car proponents is the possibility the Trump administration may not only roll back CAFE standards, but eliminate the $7,500 federal tax credit for qualified battery-cars.

In the near term, they warn, that could short-circuit the market and make it more difficult to build momentum for an era when electric vehicles are competitive in their own right. With China, Japan, and Europe likely to maintain — and even boost — current subsidies, Mosquet says that if the U.S. falls behind in the race in offering alternative propulsion systems, it would be “a mistake (that) will have a significant impact,” particularly on the competitiveness of domestic manufacturers in the global marketplace.