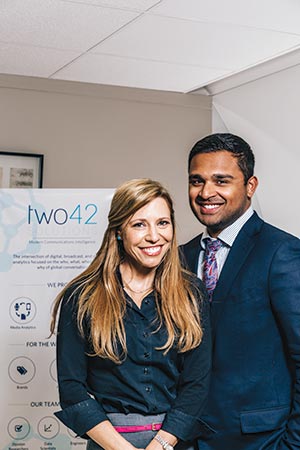 When Gov. Rick Snyder was running for a second term last fall, a pending state bill that surfaced right before Election Day was poised to trip him up. The backdrop: Tesla Motors Inc. was seeking to bypass traditional dealerships to sell its electric cars directly to consumers, which is prohibited under Michigan law.

While numerous media outlets took the angle that Michigan was trying to restrict competition by not allowing Tesla to operate company stores, the bill — which Snyder signed — actually defined the costs that auto dealers could charge consumers. Still, the headlines often focused on the more dramatic assumption that the state was limiting commerce.

While Snyder’s Democratic challenger, Mark Schauer, tried to make hay of the headlines in hopes of luring more voters to his ticket, the Snyder camp was prepared to ramp up counter arguments that detailed the actual attributes of the new law, in an effort to clear up any misinformation. But the counter campaign wasn’t necessary.

The reason: A public policy tracking company founded in Southfield last year that mines digital commentary, opinions, and news reports from around the world quickly ascertained that the issue was dying on the vine — and rather quickly.

“It peaked one day, and then things went back to normal,” says Lisa Drew, CEO of Two 42 Solutions, which has 22 employees, “so it didn’t affect his campaign. There was a one-day spike of attention and then it was virtually gone, so we knew it wasn’t going to be a big issue in the election.”
In essence, the company takes traditional channels of public policy and matches them with social and digital media traffic. “What we do is buy access to servers all over the world and, by processing that data, we look at consumer sentiment and how it’s trending over time on one or multiple issues,” says Mohammad Hamid, CTO of Two 42 Solutions.

Three years ago, Drew came up with an idea to pair online data with public policy. Today, more than a dozen clients use the company’s services, including DTE Energy, Public Opinion Strategies, and FTI Consulting.

“I was looking at how the entire landscape of public policy was shaped, and there was no tool or group that studies all the different nuts and bolts of how the process works,” says Drew, who previously worked for Gallup and TargetPoint Consulting.

By accessing 2,000 servers around the world, the company tracks 40,000 print media outlets, 150 million digital media sources, and 2,000 TV and radio broadcasts. That translates into hundreds of thousands of data points every second.

“We work with a communications firm in Washington, D.C., and there are a wide range of issues we look at including energy, gun laws, and regulatory affairs for food and beverage companies,” Drew says. “We help companies that want to understand conversations on a more granule level.” db