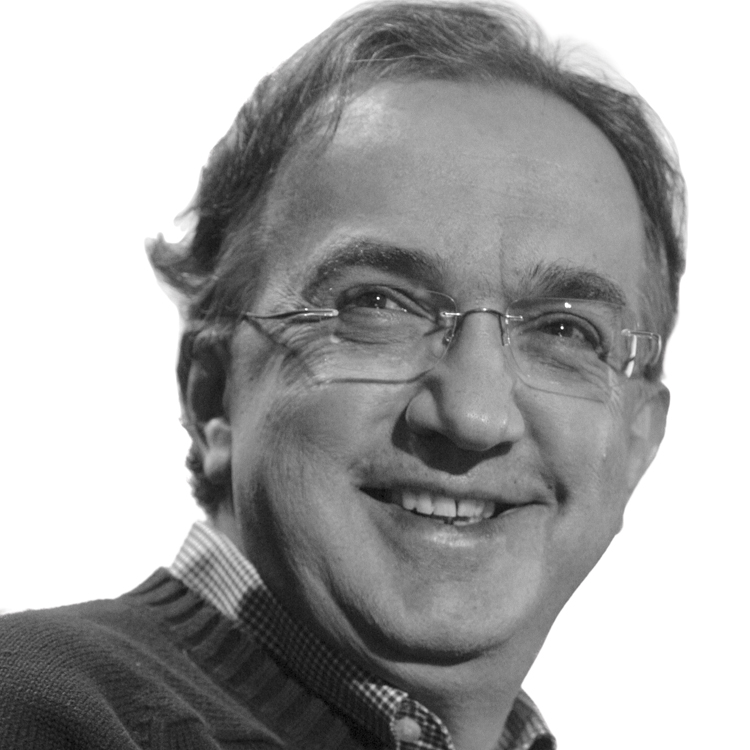 Sergio Marchionne became a member of the Fiat S.p.A. board of directors in May 2003 and CEO in June 2004. In June 2009, he was appointed CEO of Chrysler Group LLC (renamed FCA U.S. LLC in December 2014) and, in September 2011, he also assumed the role of chairman. He became CEO of Fiat Chrysler Automobiles N.V. and chairman of Ferrari S.p.A. in October 2014. Marchionne began his professional career in Canada. From 1983 to 1985, he worked for Deloitte & Touche, and from 1985 to 1988 he was with the Lawson Mardon Group of Toronto. From 1989 to 1990, he served as executive VP of Glenex Industries, and from 1990 to 1992 he was CFO at Acklands Ltd. From 1992 to 1994, he was vice president of legal and corporate development and CFO of the Lawson Mardon Group. He later covered various positions of increasing responsibility at Algroup, headquartered in Zurich, Switzerland, until becoming its CEO. 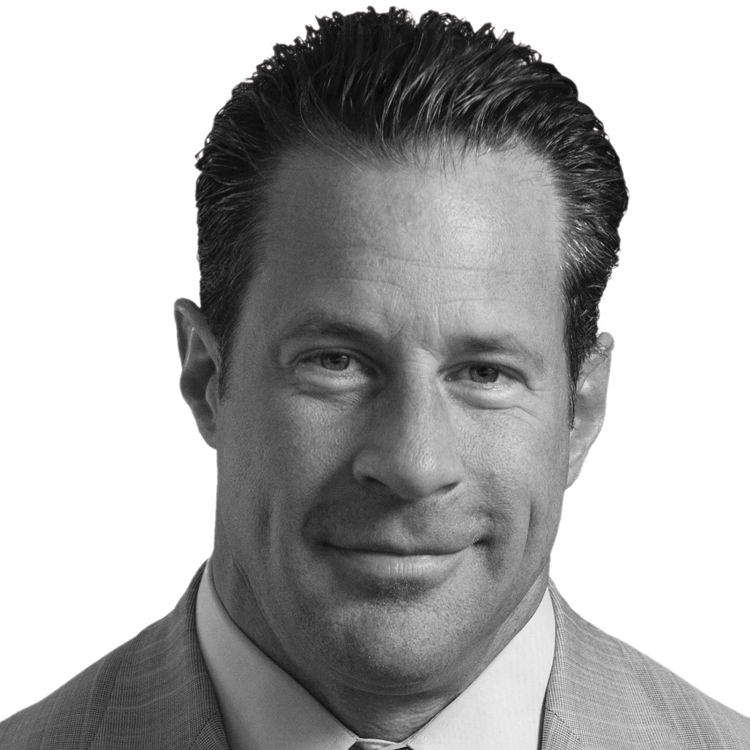 Reid Bigland is in charge of FCA’s U.S. sales strategy, dealer relations, order facilitation, incentives, and field operations, and has responsibility for FCA Canada’s commercial operations. He was named global head of Alfa Romeo and Maserati in May 2016. As part of his sales role, he assumed responsibility for fleet in the North American region in October 2015. Previously, Bigland was CEO of Ram Truck and president of Freightliner Custom Chassis Corp. He was also director of U.S. sales and director of human resources for Western Star Trucks, a manufacturer of heavy-duty trucks. He held various positions with Canadian Airlines International, which operated from 1987 until 2001. Headquartered in Calgary, Alberta, the airline was Canada’s second largest, and carried more than 11.9 million passengers to over 160 destinations on five continents at its height in 1996. 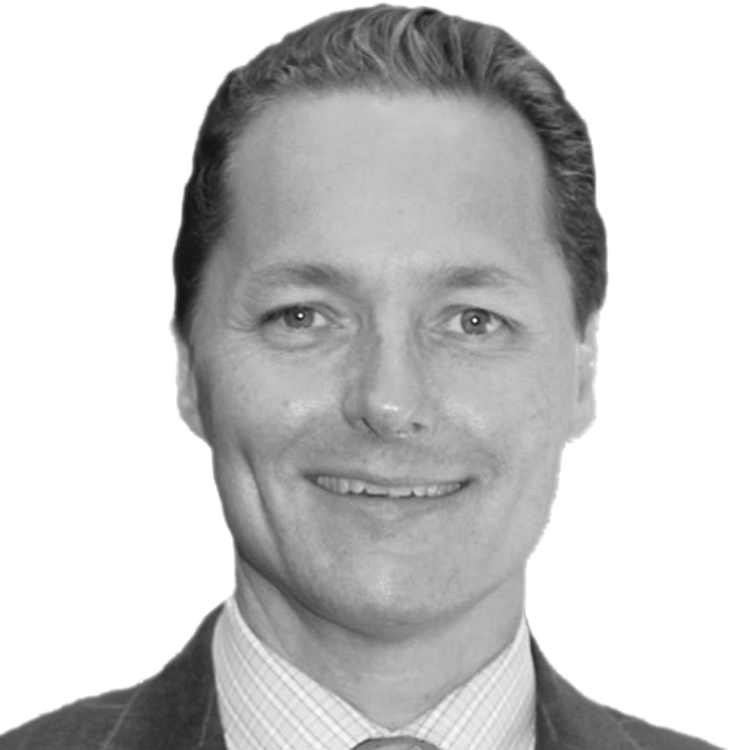 Bruno Cattori serves in the dual roles of president and CEO of FCA México, and as the unit’s sales director. He had been president and CEO of Mercedes-Benz México. Earlier in his career, Cattori worked in various positions at Chrysler de México, including director of marketing and advertising, where he oversaw marketing planning, advertising, pricing, and incentives for the Chrysler, Dodge, and Jeep brands. He holds a master’s degree in business management from Instituto Tecnológico Autónomo de México. 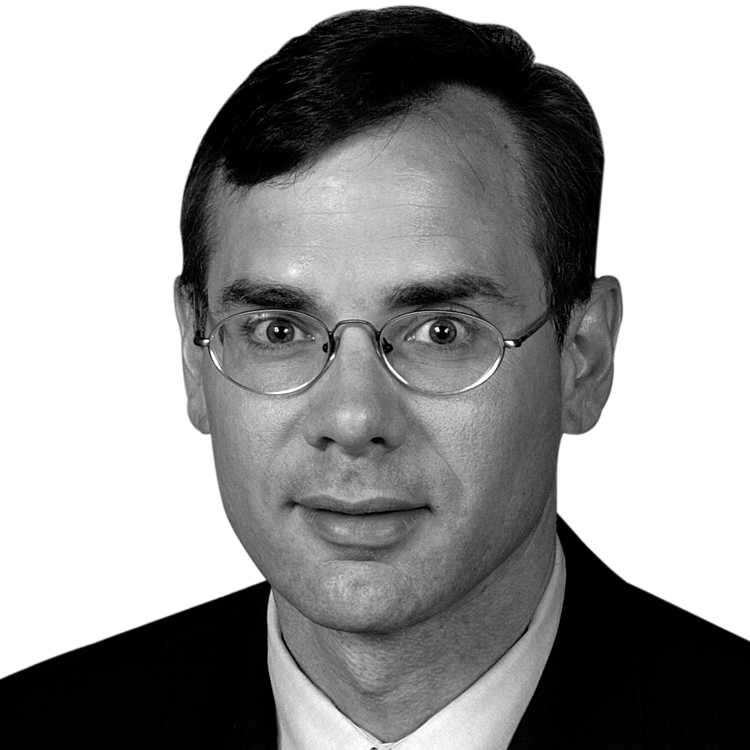 In addition to his role as CTCO, Mark Chernoby is responsible for North America vehicle safety and regulatory compliance. He had served as COO, product development, head of product portfolio management, and head of quality. Chernoby was also senior VP of engineering and head of vehicle engineering. Since joining the automaker in 1985 as a powertrain engineer, Chernoby has made use of his experience in focused component engineering, advanced vehicle programs, and vehicle homologation.

Richard Cox is responsible for the NAFTA product portfolio, analyzing the competitive environment, and providing market and consumer insights to guide future planning of North American products. He’s also responsible for Alfa Romeo and Maserati product planning. Previously, Cox was director of Dodge and SRT product marketing for FCA U.S. LLC. When he joined the company in 1999, Cox worked at FCA Canada Inc., and assumed increasing levels of responsibility before moving to the U.S. to lead Dodge product marketing. 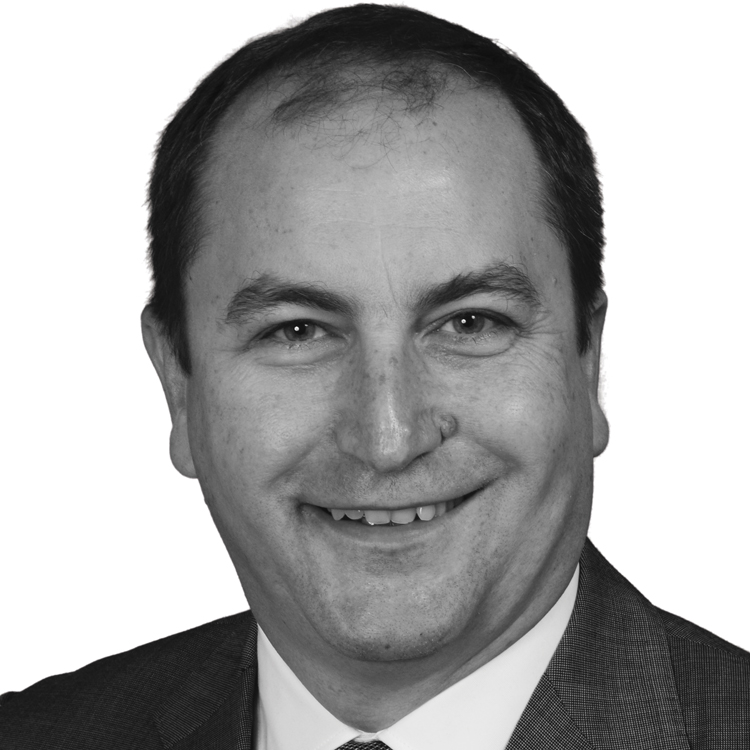 Davide Ferina succeeds Ryan Talbott, who left the company. Ferina is responsible for all information technology applications and infrastructure in support of business units located in the United States, Canada, Mexico, and the Asia Pacific region. Before that, he was FCA’s chief technology officer, finance and information, and communication technology . Ferina previously worked at Accenture and EDS. He has a master’s degree
in information technology from the University of Turin. 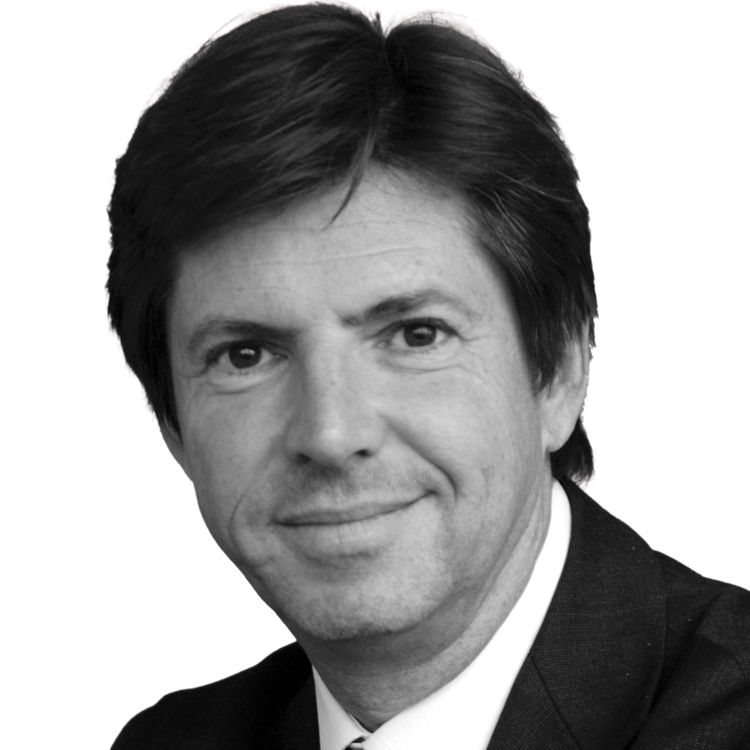 Olivier François serves as the lead marketing executive for the Fiat brand. Previously, he was president and CEO of the Chrysler brand. He assumed marketing communication responsibility in 2009, coordinating communication activities for all of the automaker’s brands. In 2012, Advertising Age magazine named Chrysler Group the Marketer of the Year for a series of advertising campaigns that resonated with consumers and increased sales. Before joining Fiat in 2005, François worked for Citroen in Europe. 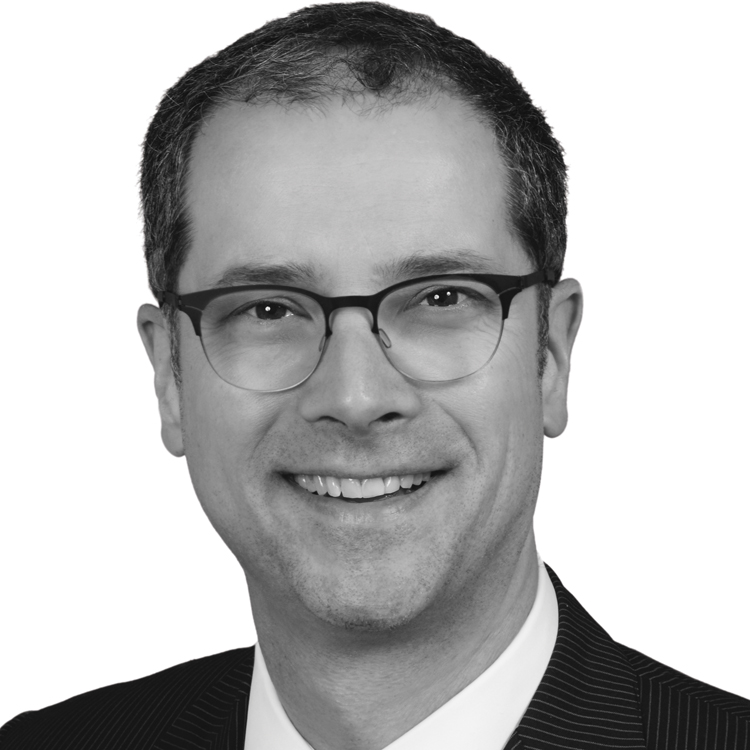 Scott Garberding is responsible for assuring the highest quality in all FCA products. He had served as the chief purchasing officer since 2013. In December 2009, he was appointed senior vice president of manufacturing/world class manufacturing, FCA U.S. LLC, with responsibility for all assembly, stamping, and powertrain manufacturing operations worldwide, as well as overseeing the implementation of the World Class Manufacturing system at all FCA U.S. manufacturing facilities. 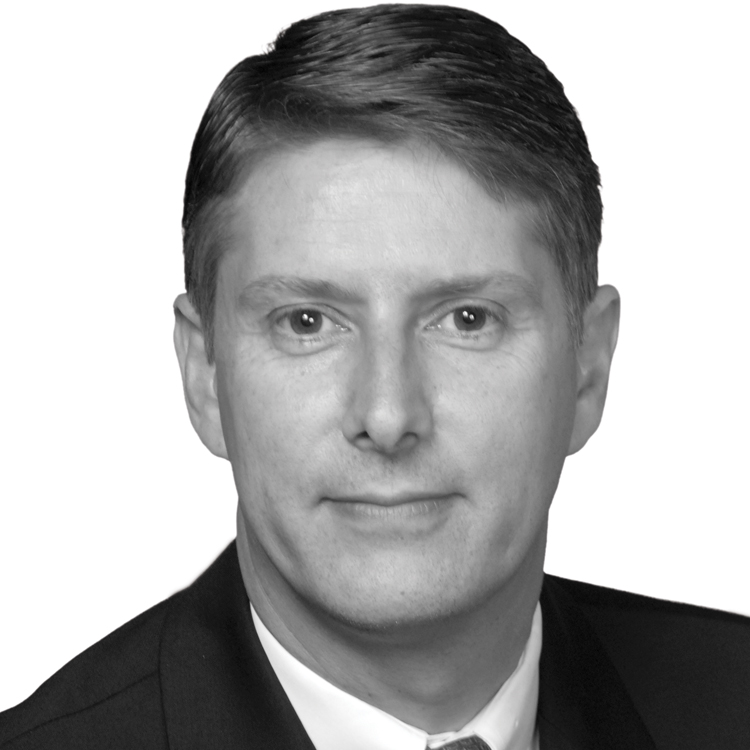 Al Gardner’s responsibilities include ensuring that the dealer network operates at the highest possible level for optimal sales volumes for Alfa Romeo, Chrysler, Dodge, Fiat, Jeep, Ram, Mopar, and SRT vehicles and products. Since 2013, Gardner had been president and CEO of the Chrysler brand. Prior to that, as director of the FCA’s southeast business center, he was responsible for overseeing dealerships in six southern states. Gardner joined the company in 1986. 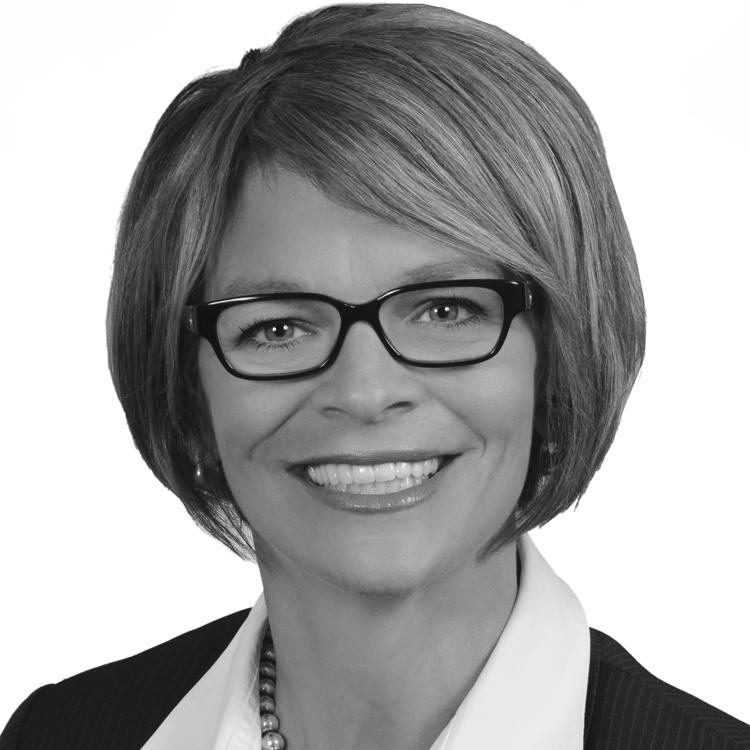 Wendi Gentry-Stuenkel has led the critical planning and logistics functions in close coordination with the brand CEOs since June 30, 2017. She’s also responsible for driving improvements in service levels, working efficiency, complexity reduction, and optimizing demand and supply to benefit balancing the needs and requirements of the individual brands. Earlier, Gentry-Stuenkel was director of inbound logistics and auto transportation, where she oversaw the shipment of parts to support all FCA U.S. manufacturing. 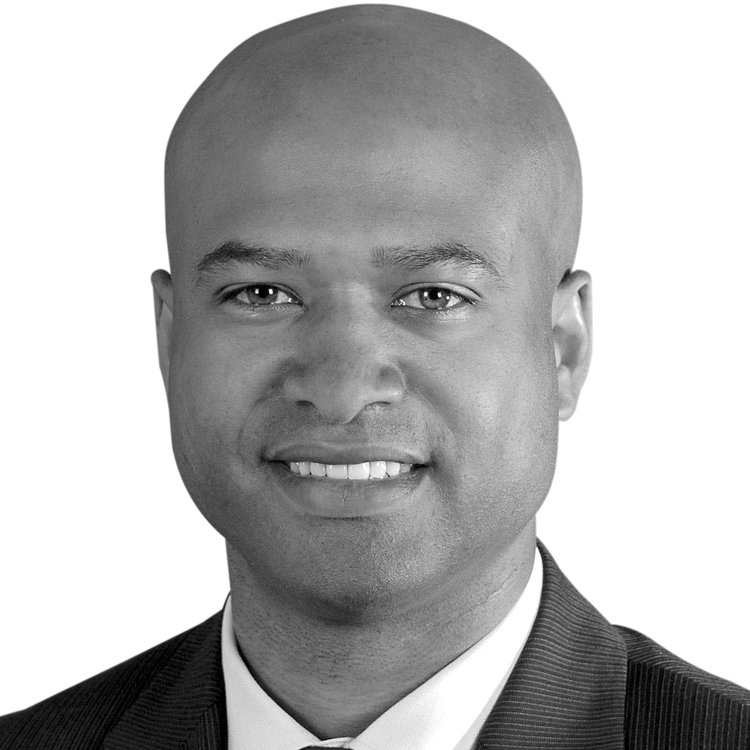 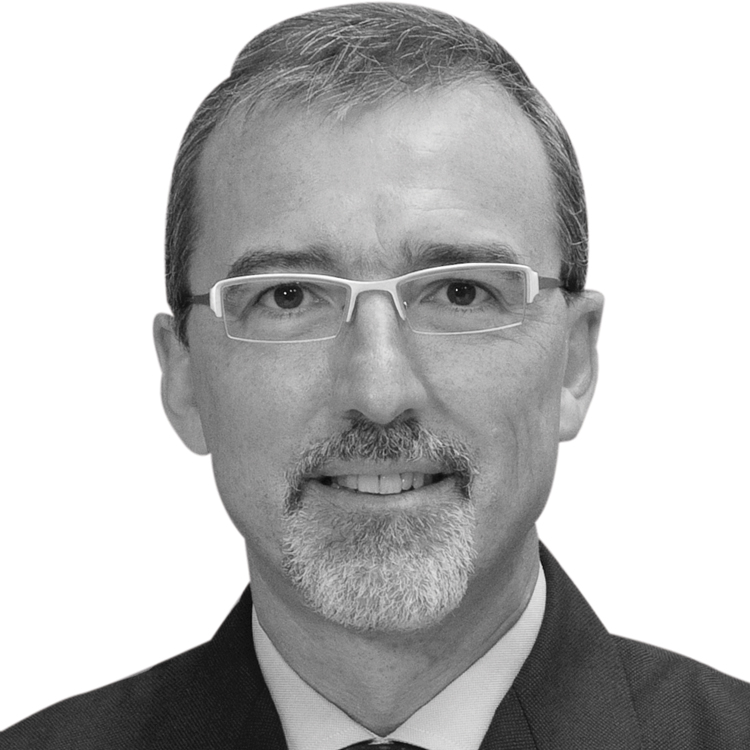 Pietro Gorlier has led the FCA components position since May 2015. He was appointed to the Mopar position in 2009, where he shares responsibility with the brands for parts and services growth and delivery, and customer support. He previously served as head of network development, and owned dealerships and customer service organizations at FCA Italy S.p.A. and CNH Global N.V. Gorlier joined the company in 1989 as a market analyst with Iveco and held various positions in logistics, aftersales, and customer care. He was born in Turin, Italy. 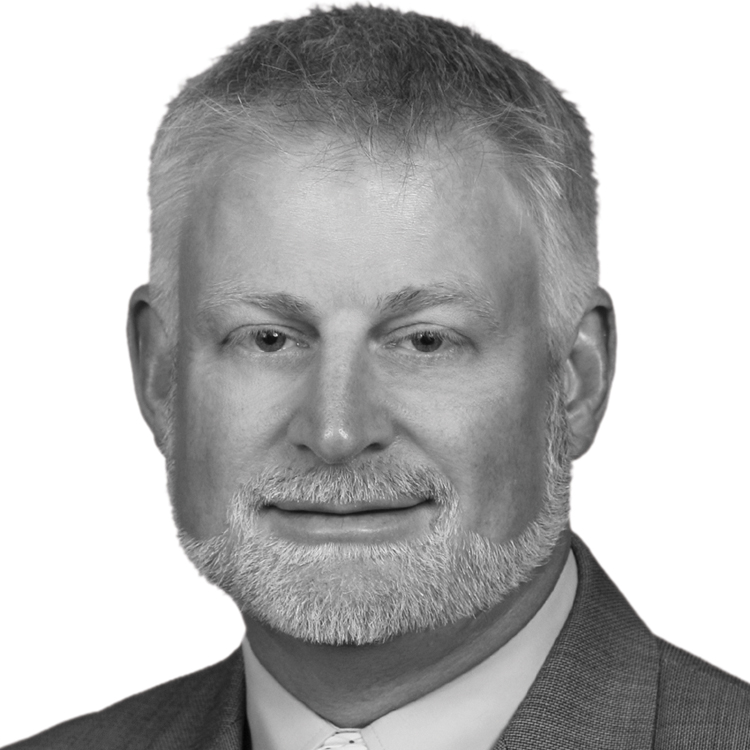 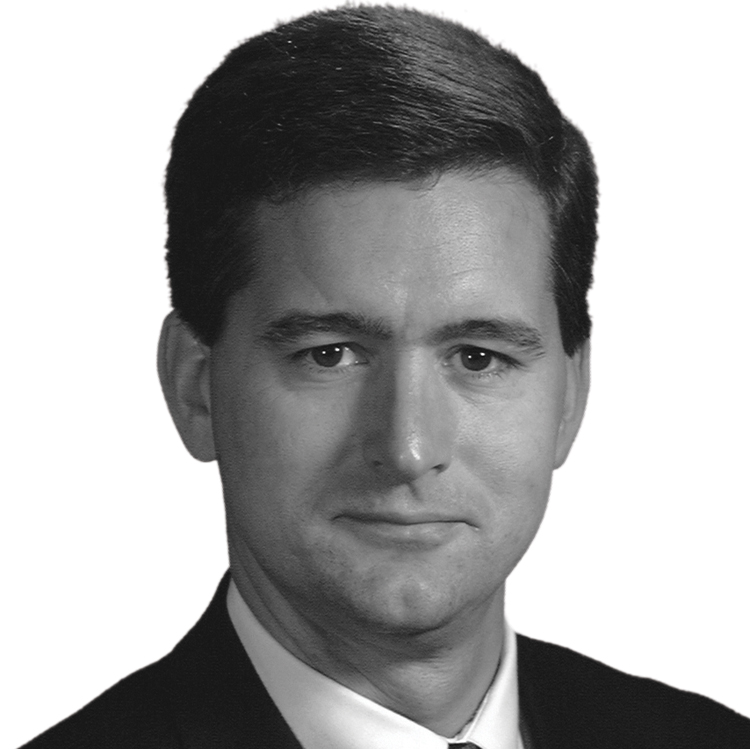 Philip Jansen leads all systems and component engineering, vehicle line programs, advance vehicle development, vehicle integration and validation, and cost engineering. He previously oversaw systems and component engineering for the FCA-U.S. vehicle lineup. Since joining the former Chrysler Corp. in 1985 as a production analyst, he has held leadership positions within Jeep vehicle engineering, including Jeep Grand Cherokee chief engineer. He holds a patent for the dual-action rear gate on the first-generation Jeep Liberty. 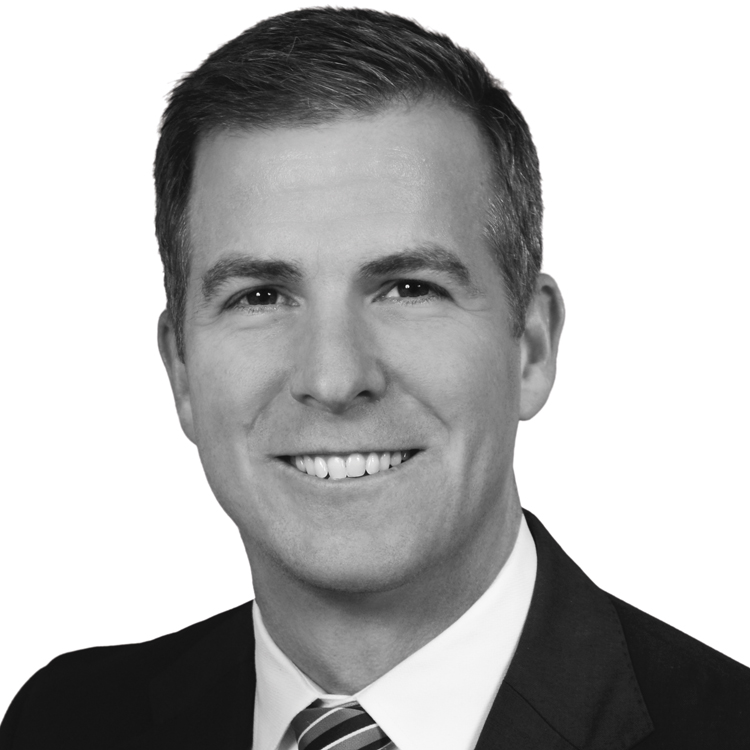 Shane Karr is responsible for providing strategic direction on international, federal, and state government relations. He also leads community relations and employee volunteer efforts for FCA U.S. LLC and the FCA Foundation. Karr was vice president, U.S. External Affairs, FCA U.S. Prior to joining FCA, Karr was vice president of federal government affairs for the Alliance of Automobile Manufacturers. In this role, he represented the Alliance before members of congress, congressional staff, and executive branch officials. 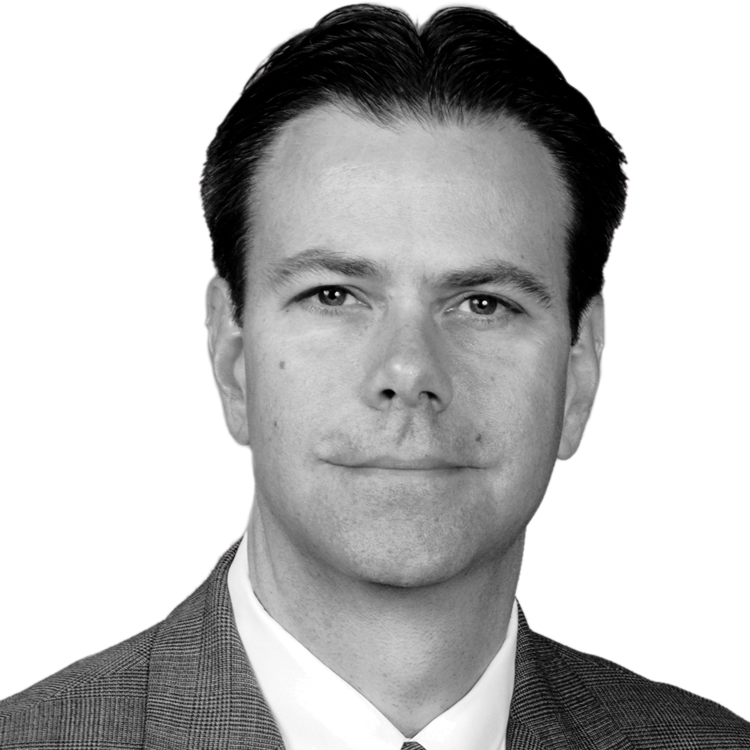 Michael Keegan oversees all FCA corporate and product communications, closely coordinating with communications teams in the company’s various regions and business sectors. He also leads the company’s investor relations activities. Keegan previously was head of human resources for FCA-North America. He also served as senior vice president, supply chain management, where he was responsible for the critical volume planning and logistics functions in close coordination with the brand CEOs. 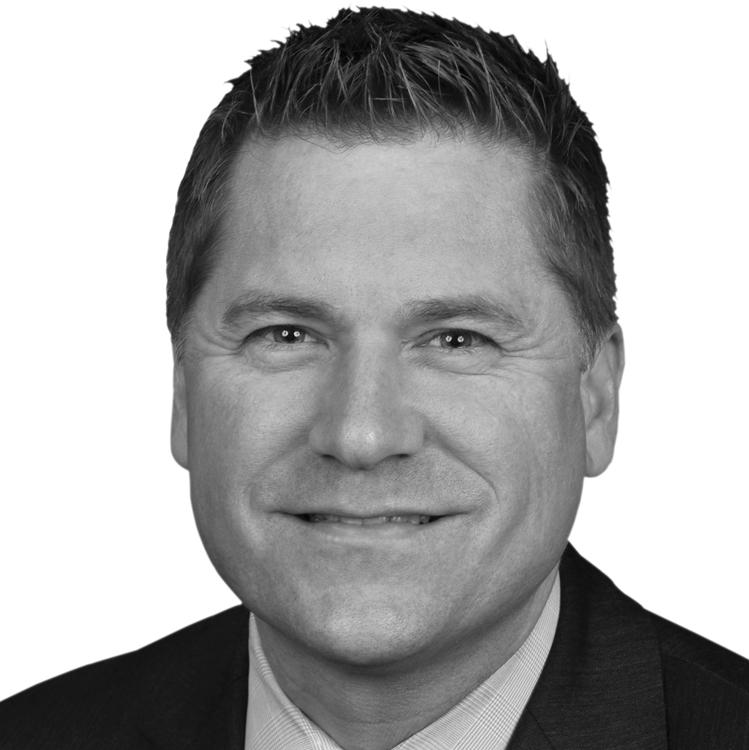 Jose Tomas was appointed to this position in July 2017 and became a member of GM’s senior leadership team. He succeeded John Quattrone, who retired in September 2017 after 41 years of service. Tomas joined GM after 20 years of HR experience in the health care, food service, retail grocery, and transportation and logistics industries. Before joining GM, he served as the executive VP and chief human resources officer for health benefit giant Anthem Inc. Prior to that, he was global chief people officer for Burger King Corp. 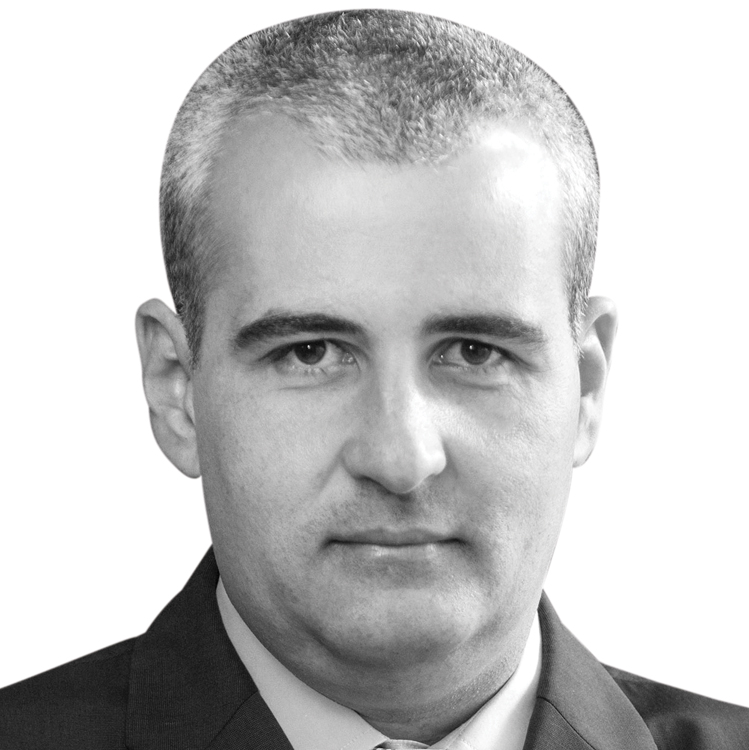 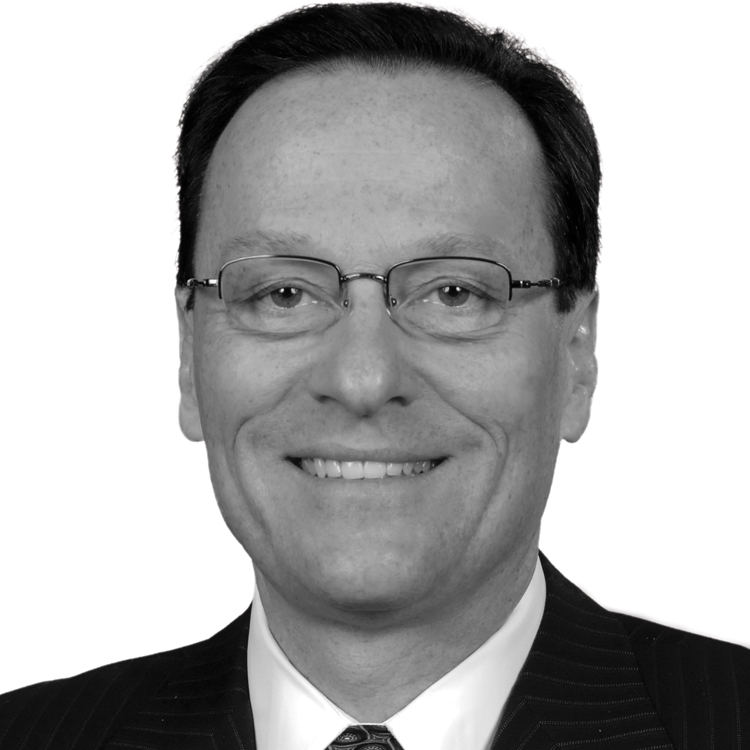 Bob Lee directs the design, development, and release of all engines and electrified propulsion systems for FCA-U.S. He joined the company in 1978 as an engineer-in-training and has held many powertrain-related positions including director, powertrain systems and controls, and director, rear-wheel drive engine engineering. Lee has been a member of the Society of Automotive Engineers since 1978 and is a founding member of the SAE North American International Powertrain Conference Leadership Team. 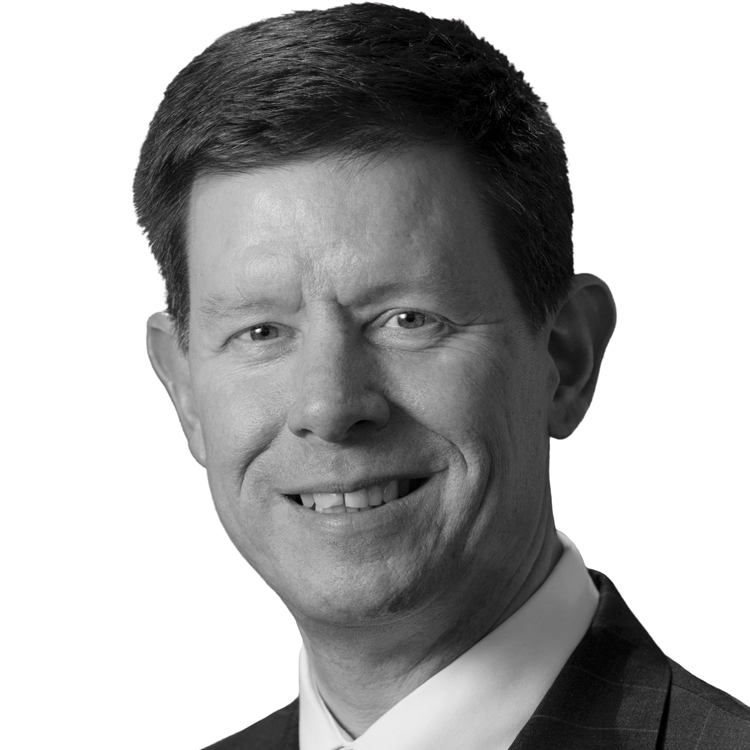 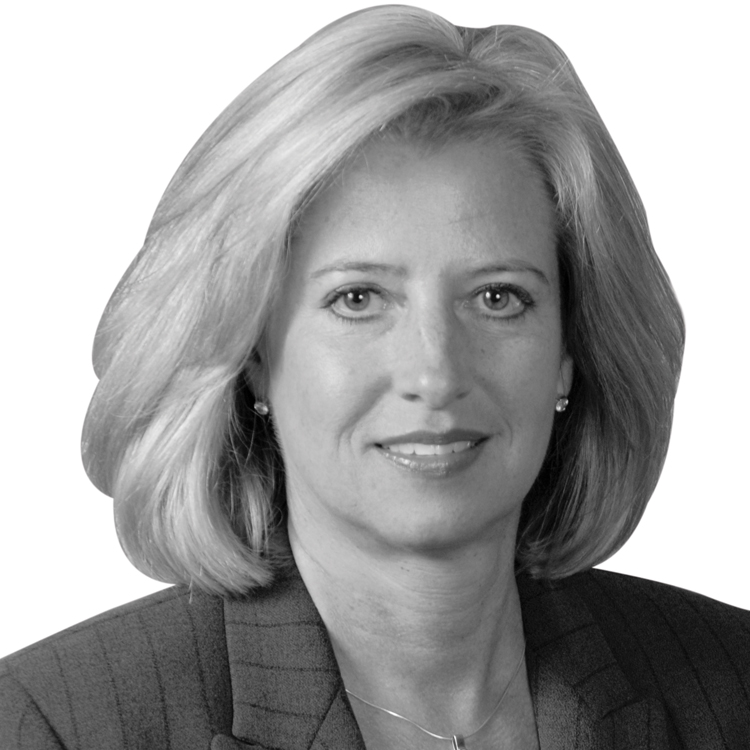 Laurie Macaddino is responsible for ensuring that all vehicles produced and sold by FCA meet financial requirements including cost, investment, and profitability. Previously, she was VP of finance operations, and of corporate audit and compliance. Macaddino was also senior manager of corporate audit and senior manager of the treasury pension fund at Chrysler Canada. She is a member of the American Institute of Certified Public Accountants and the Michigan Association of Certified Public Accountants. 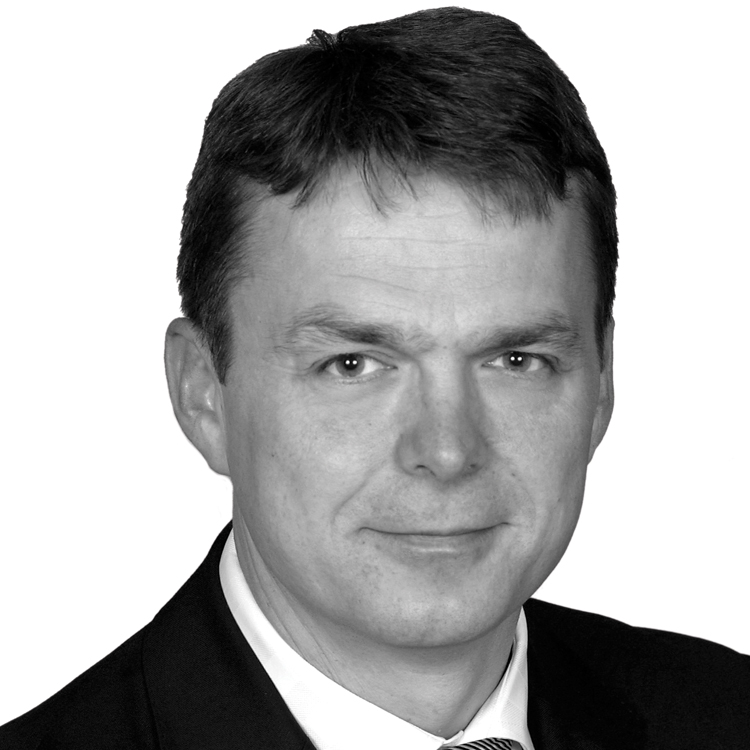 Michael Manley has served as head of the Jeep brand since 2009 and added responsibility for the Ram brand in 2015. Most recently, he served as COO of Asia Pacific. Earlier, as the lead executive for international operations, he oversaw the implementation of cooperation agreements for the international distribution of FCA-North America products. Manley also served as executive VP,  international sales and global product planning operations, where he was responsible for product planning and all sales activities. 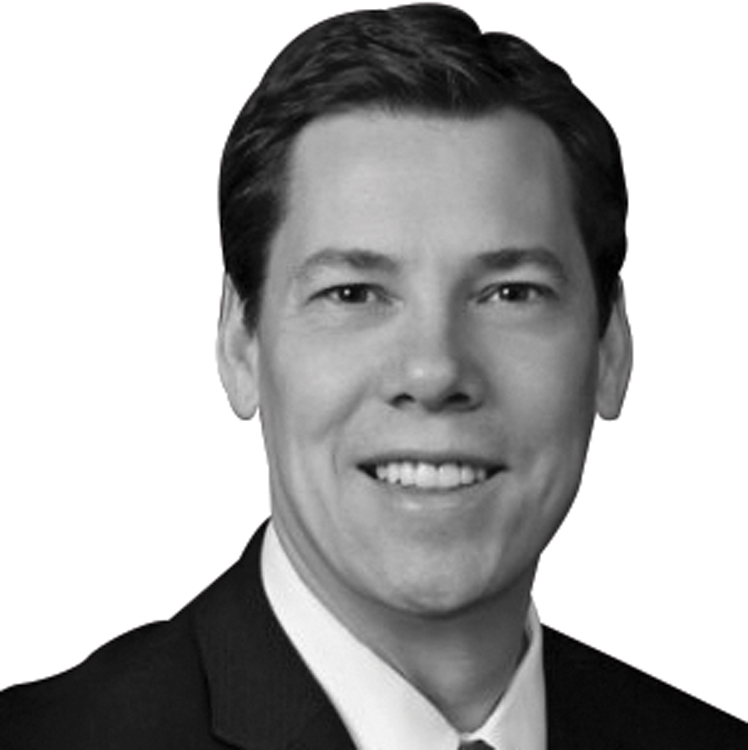 Douglas Ostermann oversees financial development opportunities relating to FCA’s markets in the U.S., Canada, and Mexico. He continues to serve as treasurer for Fiat Chrysler Automobiles N.V., a position he has held since April 2016. Ostermann joined the company in 2016 from Archer Daniels Midland Co., where he was corporate treasurer and vice president of mergers and acquisitions, business development, and global credit. He spent 13 years at GM, working in business development and foreign exchange. 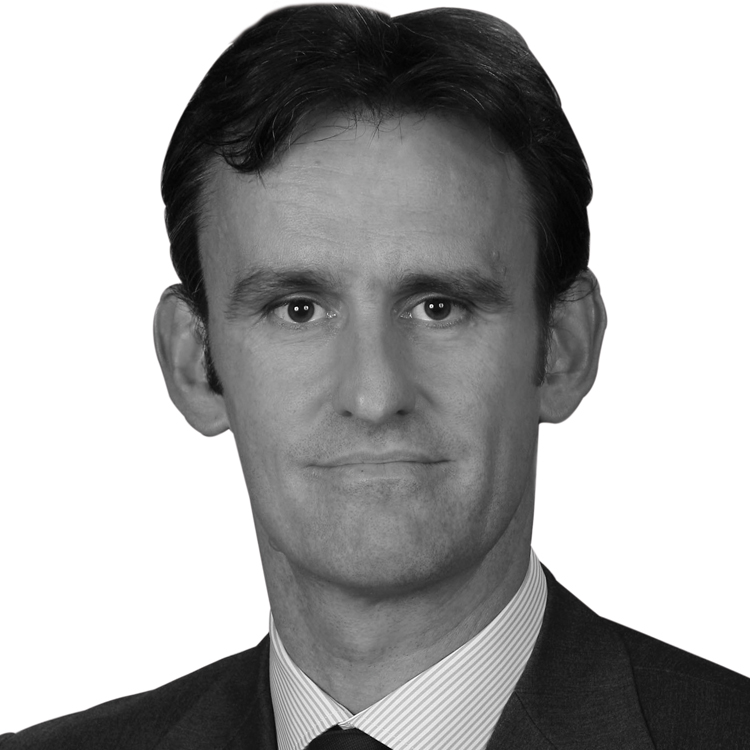 Richard Palmer is responsible for all of FCA’s finance activities including corporate controlling, treasury, and tax. He added the systems and castings role in 2016. Palmer joined the company from Fiat Group Automobiles, where he had been CFO since 2006. He joined the Fiat Group in 2003 as CFO of Comau, and later moved to Iveco in the same role. He served as finance manager for several business units at General Electric Oil Gas. Palmer spent the first years of his career as an auditor with United Technologies Corp. 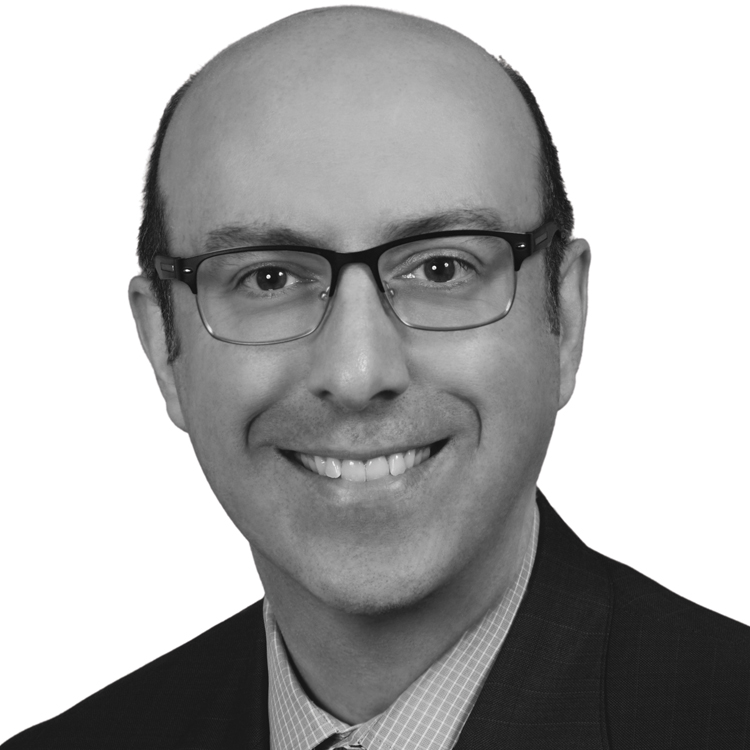 Chris Pardi is responsible for FCA-U.S. legal functions in NAFTA, including corporate governance, commercial and corporate transactions, product litigation, dealer and trade relations, regulatory and environmental affairs, and intellectual property. He joined the company in 2004 as an attorney in tax affairs and transferred to the Office of the General Counsel, where he led employment law and benefits. Earlier in his career, Pardi worked at Deloitte & Touche, LLP and in private practice with a Detroit-area law firm. 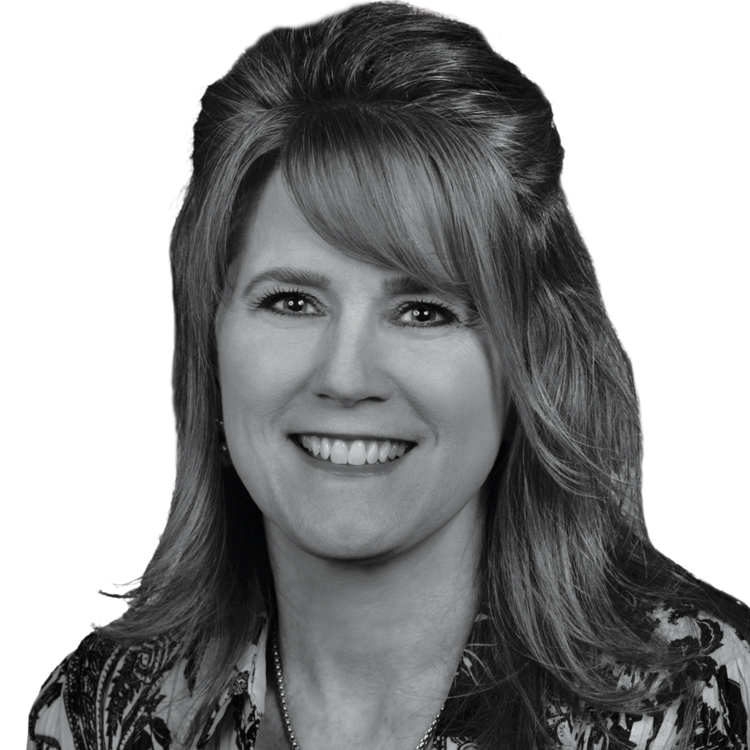 Barbara Pilarski has been head of Human Resources since August 2017. Previously, as head of business development, FCA-North America, Pilarski was responsible for negotiating key strategic global partnerships and managing alliance relationships. Earlier, as executive director of mergers and acquisitions, North and South America at Chrysler LLC, she led all merger, acquisition, and divestiture activities in North and South America for Chrysler and the former DaimlerChrysler. She joined Chrysler in 1985 as a financial analyst. 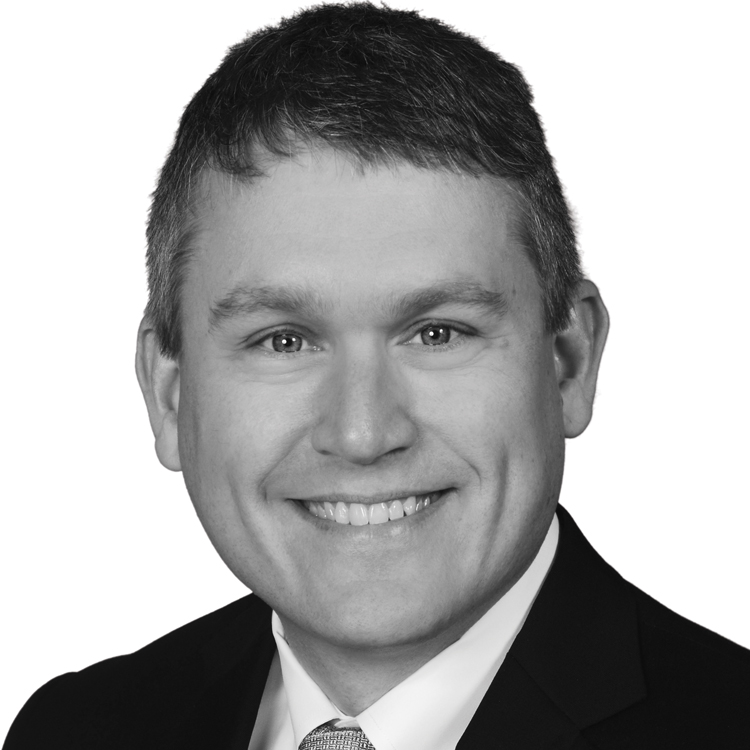 Scott Thiele had been responsible for all vehicle and powertrain capital expenditures on a global basis since 2014. He led the development of a global finance platform strategy in 2012 to identify areas where the company could improve its standardization efforts. Thiele joined the former Chrysler Group in 2007 as the lead purchasing executive for raw materials and stamping, and has held leadership positions in the finance and purchasing organizations. Before joining FCA, Thiele was a global procurement leader at Whirlpool Corp. 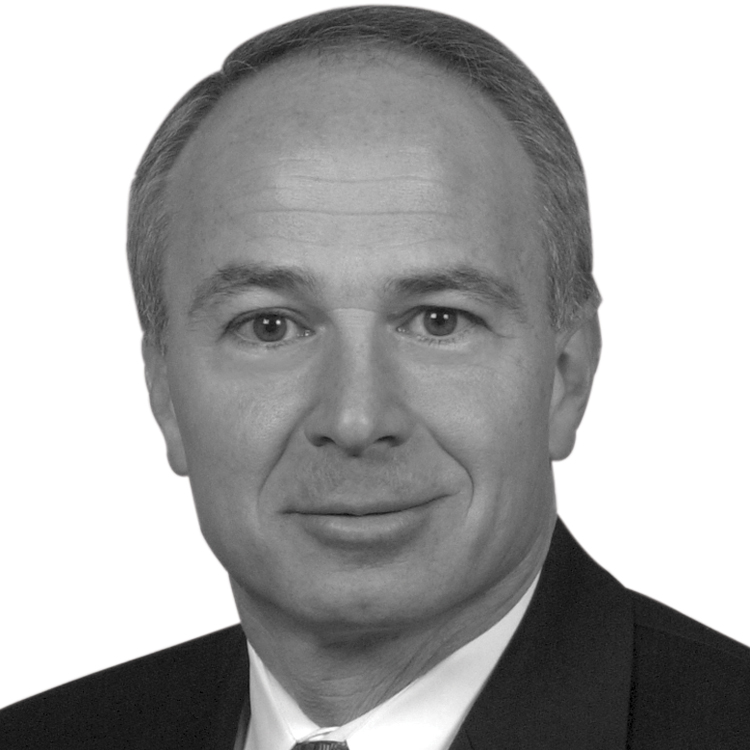 Joseph Veltri leads the company’s current and future product planning. From April 2011 to May 2012, he assumed additional executive responsibilities as head of Jeep brand Europe, where he built Jeep brand equity through a defined product marketing strategy that aligns with the company’s global brand vision. Previously, as product planning lead and head of truck/SUV product planning, Veltri was responsible for ensuring continuity across brands for all product requirements and engineering capabilities.

Board of Directors, FCA-U.S. LLC

*Members of the Group Executive Council, the highest executive decision-making body within FCA outside of its board of directors. The GEC is responsible for reviewing the operating performance of the businesses, setting performance targets, making key strategic decisions and investments for the group, and sharing best practices, including the development and deployment of key human resources.

Board of Directors, FCA N.V.