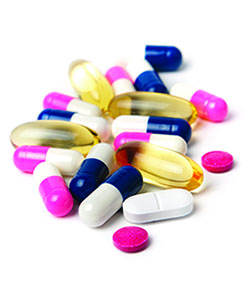 One night in Las Vegas, Darryl B. Kaplan sat with a group of doctors who wondered why no one had figured out how to fill prescriptions via vending machines.

Rather than take in a show, Kaplan, who worked for a credit bureau at the time, returned to his hotel room, sketched out some design plans, and spent the next several months developing and testing prototypes. The end result is Med Vend, a secure medicine dispensary created for use in a doctor’s office or on a cruise ship, a military base, or inside a hotel.

While each setup is unique, the hosting venue gets a cut of the profits based on the number of prescriptions processed and sold.
“We beta-tested the machine more than 100,000 times, set up a video screen on the front with a phone, and provided for credit card payments,” says Kaplan, CEO of Med Vend in West Bloomfield Township. Not every drug is available, just those in greatest demand based on a review of electronic medical records and surveys. To date, there have been five installations, with another 250 machines planned over the next few years.

“All the pill bottles are the same size, so when the computer confirms everything is correct, a robotic arm equipped with a suction cup secures the right bottle and drops it in a chute,” Kaplan says. “The drugs come from an FDA-inspected facility.”

If a particular drug is recalled, the computer sends a signal so it is not dispensed. Kaplan says the computer also automatically sends a message to a fulfillment center to refill any medications. db