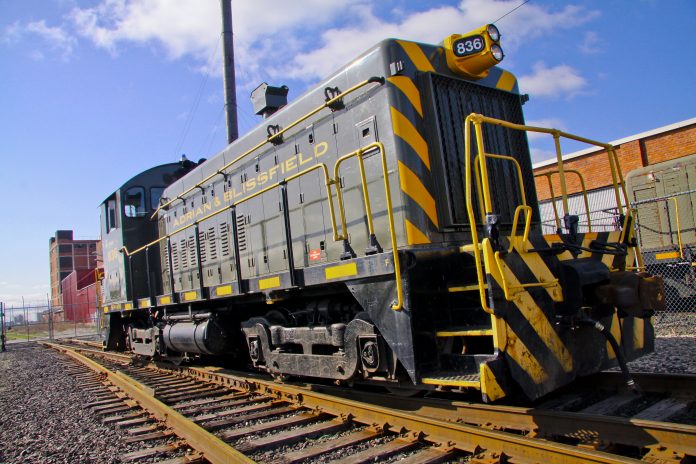 The proverbial waiting game can work. When Art Single, a former mechanical engineer at Ford Motor Co., and three investors approached the state of Michigan to buy unused rail lines, they were rebuffed. “They said, ‘Why would we sell to you? You don’t have railroad experience,'” Single recalls.

But after the state realized how little demand existed for its 900 miles of track, Single got the call. “We purchased our first locomotive from Grand Trunk Western and ran all night, loading 55 covered hoppers at the grain elevator,” says Single, chairman of Adrian & Blissfield Rail Road, or A&B. “We got them back to the main line the next day and said, ‘Well, I guess we’re in business now, we’re a railroad.'”

Single’s business model originally called for running passenger excursions, but he and his partners discovered that short-line “drayage” service — moving freight from spurs to the main lines where the long-haul “Class 1” railroads take over — could be built up easier.

As opportunities arose, the company purchased used locomotives (including a 1942 switcher from Detroit Edison’s Marysville generating plant) and established subsidiary lines, including the 2.5-mile Detroit Connecting Railroad in the Eastern Market area and the 57-mile Jackson & Lansing Railroad.

True to its original plans, the company has operated the Old Road Dinner/Murder Mystery Train — the oldest continuously operated dinner train in the country — on the Charlotte Southern and Adrian & Blissfield lines, since 1991.

As A&B grew, so did its customer base. Today, with 57 employees, the Westland-based short line serves 45 clients, including an ethanol plant in Riga and a metal recycler in Detroit. “Being able to get goods to market is key to our growth,” says Ken Lake, a grain merchandiser at Michigan Agricultural Commodities Inc. in Blissfield. “Without rail, we would be just another (grain) elevator.”

Single wouldn’t divulge the privately held company’s finances, but says the number of freight cars hauled has jumped tenfold since 1991. “We’re having a ball,” he says. “It’s rewarding for a small company to be able to help big companies make money, and still be a viable enterprise itself.”