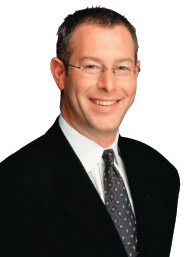 At first blush, launching an online insurance company after a 13-year career in real estate doesn’t sound promising. So how has Lorne Zalesin utilized his past life as a homebuilder to sell health insurance over the Internet?

“At their very core, all successful businesses need capital to grow,” says Zalesin, CEO of MyInsuranceExpert.com in Bloomfield Hills. “You also need talented employees. The trick is to spend your money wisely. Are you hiring talented people or are you investing money in new accounts that you can’t service because you can’t afford more workers?”

To balance what Zalesin refers to as the “potential valley of losses,” the entrepreneur says business leaders need to hire the right talent based on projected estimates of growth. “The challenges of hiring people are complicated and really test you as a leader,” Zalesin says. “Not only are you hiring, but you also have to know realistically how to fire people. About 25 percent of our new hires don’t work out.”

To that end, Zalesin says MyInsuranceExpert.com is on target to generate a profit next year, and recently reached the break-even point. In turn, the company is on pace to have 75 employees by January, up from a handful when it opened its doors in late 2006.

Operating in 13 states — Texas and Florida are the most active markets — the company generates leads over the Internet, and each lead is to be closed within 90 days. The company tracks the progress of each lead on a large wall chart. “It’s competitive,” Zalesin says, “but everyone’s on the same page.”

In recent years, individual health-insurance plans have become more widespread. As it stands, individual employees may be better off buying health care on the open market as opposed to a group plan sponsored by an employer. The reason: Colleagues may be paying more at the office if a fellow worker requires costly medical care, especially at a smaller company.

To handle its projected growth, Zalesin is eyeing office space in Troy. The firm recently received a tax credit (with a value up to $3 million) from the Michigan Economic Development Corp.