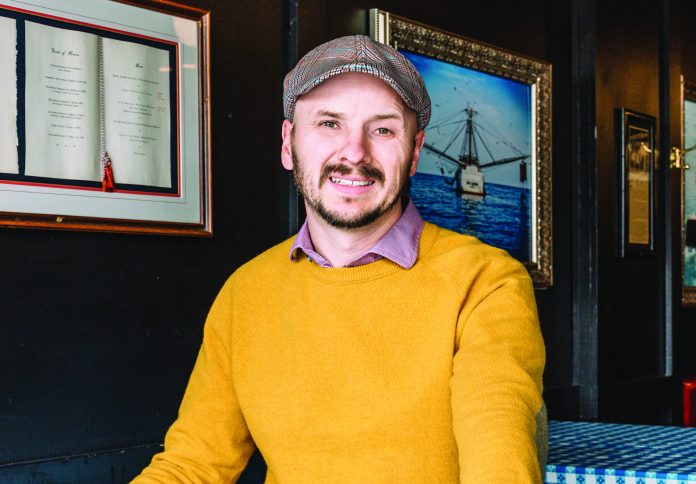 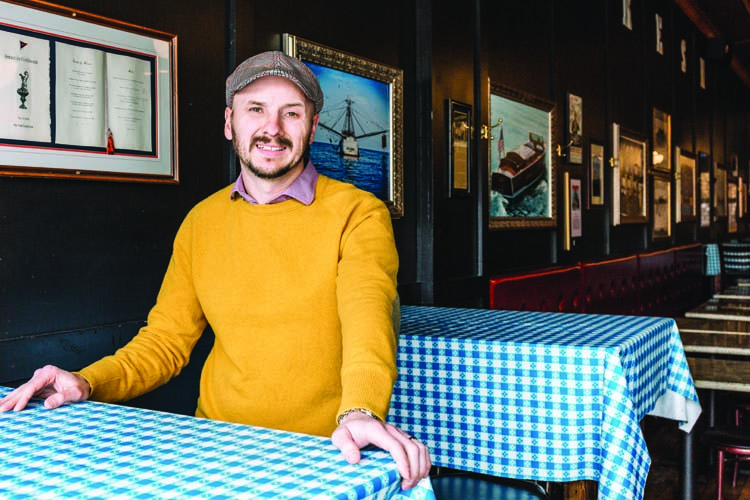 After earning a business degree from the University of Detroit Mercy, Nick Ritts wanted to acquire an existing restaurant. He conducted a search, and settled on Terry’s Terrace in Harrison Township.

“It was kind of run down at the time (in 2004), and after I signed the land contract, the owner (Terry Owens) said to me: ‘By the way, the whole bar is stealing from you.’ So my dad (Ron Ritts), who is our CFO, and I cleaned everything up and we started pushing craft beers before it was popular. That gave us an edge.”

After renovating the 185-seat restaurant, sales doubled in three years. Now Ritts, CEO of Ritts Hospitality, is eyeing an expansion that would include a large biergarten (to be designed by Ron and Roman in Birmingham).

Ritts is also looking at remodeling Tom’s Oyster Bar in downtown Royal Oak, which he acquired two years ago from Tom Brandell. Following the acquisition, Ritts and his wife, Heather, a beer sommelier (Certified Cicerone), added Ale Mary’s in an adjacent dining room.

To attract new customers, Ritts overhauled the menus at Tom’s Oyster Bar and Terry’s Terrace (it began as Terrace Gardens in the 1930s). “We try to make everything from scratch, which is more labor-intensive, but it’s worth it,” Ritts says. “Our culinary team is very passionate about food preparation. Taking something from a bag and tossing it into an oven or fryer is pretty boring.”

While Tom’s Oyster Bar was serving fish and chips that were frozen prior to cooking, the new, freshly prepared offering has been racking up impressive orders, says Ritts, who introduced a new menu at Ale Mary’s in February. As a result, the three eateries
are garnering national attention — Men’s Journal recently selected Ale Mary’s for its list of the 25 best burgers in America, while other accolades have come from Thrillist, Foodable WebTV, StreetzGrill, and others.

And then there’s the beer, from Atwater Teufel Bock to Short’s Black Cherry Porter to New
Belgium Oscar Worthy Coffee Nitro to Against the Grain Gimmie S’more. “All of our servers at Ale Mary’s and Terry’s Terrace are certified beer servers, so they can help customers pair beer with food,” Ritts says.

With more than 80 different beers offered at any given time between the three restaurants, Ritts says he appeals to beer purists who are drawn to his direct-pour system. “We have the kegs below the bars, so there’s no hoses between the kegs and the taps,” Ritts says. “Hoses can really mess with the taste of a beer if they’re not cleaned on a regular basis.”

For now, Ritts is content to run the trio of restaurants. “We were pretty far along in opening a restaurant in Ferndale, but there were five other restaurants opening around the same time, so we passed,” Ritts says. “We’ve looked at 30 other opportunities, but nothing felt right. But if the right deal comes along, we will consider it seriously.”