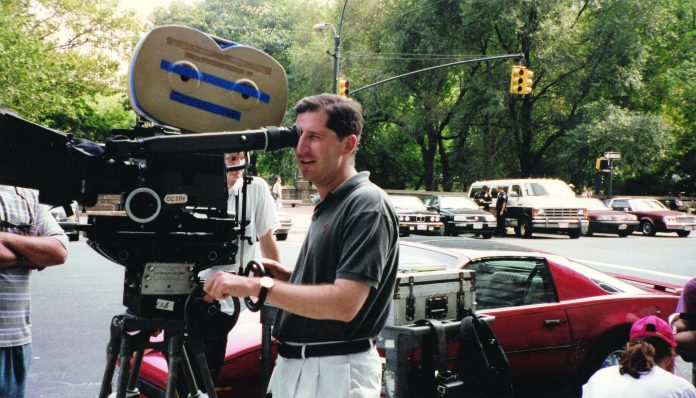 Alessandro F. Uzielli is the man at the helm of Ford Motor Co.’s Global Brand Entertainment office in Los Angeles.

A great-great grandson of Henry Ford, Uzielli and his team ensure that Ford and Lincoln vehicles are front and center in product placements when it comes to film, television, and digital media.

That explains why Daniel Craig, playing James Bond, was behind the wheel of a Ford Mondeo in 2006’s Casino Royale, and why a Ford Edge and Ka were both featured in the following Bond film, Quantum of Solace, in 2008. In addition, Ford and Lincoln were  at the forefront of significant branding relationships that have been developed with Ryan Seacrest and Matthew McConaughey.

“There’s no better platform than the influence of L.A. and Hollywood,” Uzielli says. “I mean, these are the people who are watched by the world, and they can not only knowingly speak about our business —  and, yes, our product — but (they also know) what we stand for, what our legacy is going to be, and what we’re trying to do to make the world a better place.”

A grandson of Henry Ford II, the easy assumption is the affable and unassuming Uzielli — known to all as Al — had the automobile business coursing through his veins at birth. But that’s not exactly true.

“I knew really early on I wanted to be in the film business,” he says. “I grew up totally seduced by classic film. I don’t know what it was that appealed so much to me, but I think ultimately it was the escape element of it. Not that I had a bad life by any means, but I loved that ability to go somewhere else for two hours. And to me, the genuine storytellers and amazing filmmakers were the ones that really allowed you to go somewhere you’d never been before and escape.”

Uzielli (Ford is his middle name) grew up on New York City’s Upper East Side and began making Super 8 films in his early teens. The film classes he took in boarding school led to pursuing a degree in communications at Boston University, followed by earning a master’s in fine arts from the American Film Institute. That’s when he enthusiastically dove into his first gig in the business — as the personal assistant to actor Steven Seagal.

“I can tell you it was on the film Out for Justice,” Uzielli says, chuckling at the memory. “We were shooting in Brooklyn. I just remember I literally would stand at the front door of his bus every day at five in the morning as he would arrive and he never acknowledged me, never looked me in the eye, just sorta walked right past me. I had to stand by his side most of the day and, two weeks into production, they told me they were switching to nights. So it was basically show up at midnight and work through the night, and that was when I thought, ‘Do I really want to do this anymore?’ ”

He turned to producing, attaching himself to an array of fledgling projects, and found early success with a small film made from a script written by one of his classmates at the American Film Institute.

“I have to say I probably got the wrong first impression of the business,” Uzielli says, “because it felt like, Oh, OK, this is the way it works: Find a great script, sell it, make a little money, and go on from there. It didn’t end up being that easy, obviously.

“What got to me more was that I invested in people who I believed in, (and they) ultimately betrayed me in one way or another. I think that was hard to recover from. Ultimately, I got to a point in my life, about to start a family, where I said, ‘Is this something I really want to do for the rest of my life?’ It was really hard to think what you’ve always wanted to do isn’t really all that great, at the end of the day.”

Unsure of exactly what career he wanted to pursue next, fate intervened when director Steven Soderbergh reached out, asking for help in getting a few of Ford’s Crown Victoria sedans for his new film, Out of Sight.

Uzielli anticipated a quick accommodation by Ford, but what he discovered instead was an inefficient and unwieldy system that led to a mixed result: Soderbergh didn’t get his cars because the process was simply taking too long, but Uzielli was inspired to ensure any similar request would be handled far differently.

“It was fortuitous,” he says, “because it made me realize, wait a second, a company like Ford — obviously a huge part of its business is marketing, and what better platform is there to market your product than with an emotional story like a film or a TV show? There was also a desire in Hollywood to work with Ford, but there was the challenge of understanding how to do it.

“What I saw as an opportunity was let’s put it out there, and make it clear as possible and accessible to everybody who wants to work with us. And likewise, if we want to work with them, how do we do that in a way that’s strategic, thoughtful, and speaks to them in their language, as opposed to saying we’re going to cram a product in front of an audience in a way that’s intrusive and gets in the way of the creative process?”

Launched in 2004, Ford’s Global Brand Entertainment has established branding relationships far beyond the big screen. There are also leading network and cable shows, as well as digital media. Although he may not have started out as a typical “car guy,” Uzielli is flourishing in the niche he created for himself.

In a way, it even seems inevitable that more than 100 years after Henry Ford was placing his Model Ts in the Keystone Cops silent films, his great-great grandson is running a division of the family business that capitalizes on the natural synergies between the automobile and the world of entertainment.

Perhaps the sweetest part of it all? In 2015, the former Hollywood producer was able to channel his passion for filmmaking into a
creative role in the production of A Faster Horse, the documentary commissioned by Ford to commemorate the 50th anniversary of the Mustang.

“That was an amazing experience,” Uzielli says, “and it allowed me to go back to what I studied and thought I always wanted to do, which was to tell great stories. I sit at the intersection of these two great industries, and it’s a great challenge to keep figuring out how we can continue to work together.”

Uzielli operates his own businesses, as well.

He co-owns the UK luxury brand Halcyon Days, a purveyor of fine goods to England’s royal family. And like his late father, who owned and operated several restaurants. Uzielli is also a restaurateur, the owner of the renowned Italian bistro La Dolce Vita in Beverly Hills.

“I can’t deny my father’s influence on that venture,” he says, “but there’s also an element of it that goes back to what I loved about the movies, which was the element of escape. I banked on the nostalgia of the place and the Rat Pack history, and we restored it to look exactly like it did they day it opened in 1966, so it’s sort of like stepping back in time.”

Uzielli, 50, also sits on the board of The Henry Ford Museum in Dearborn, where his main focus is to significantly raise the profile of a place he first visited as a little boy.

“There needs to be global recognition of the place and what exists there,” he says. “It’s so far from being just a car museum; there’s so much more there. Part of my charge since getting involved is to help them strategize about how to put this local museum on a global platform.”

With his job at Ford and his responsibilities at The Henry Ford, Uzielli’s visits to Detroit are more frequent than ever.

“It’s been an amazing time to learn more about the city that means so much to my family,” he says. “I think Detroit definitely has the attention of the world. What I love telling people (about) is the entrepreneurial spirit here. If I were 30 years younger and just graduating from college with a great idea, I would really think seriously about moving to Detroit.

“I never set out in my professional life thinking I would work for the company,” he says, with a shake of his head. “So to sit where I sit today, it’s not only where I never thought I’d sit, but it’s just an amazing opportunity to be able to do it on this level.”