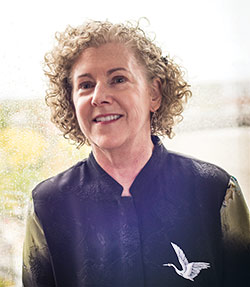 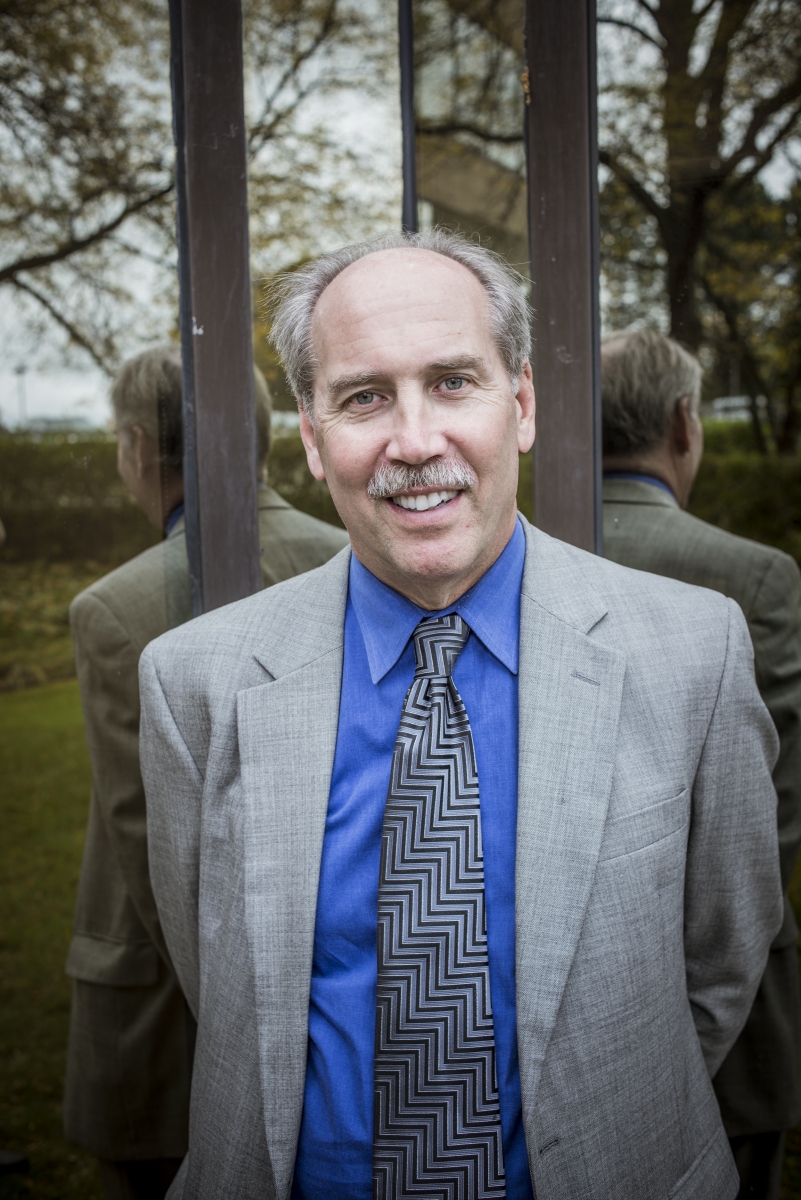 Douglas C. Bernstein can only smile when he hears yet again that he’s known as one of the leading experts in the field of Chapter 9 bankruptcy — a relevant topic in Detroit these days.

“I get called upon to do speeches now and then,” says Bernstein, managing partner of the banking, bankruptcy, and creditors’ rights practice group at Plunkett Cooney in Bloomfield Hills, “and I always open up with the same line: ‘Until the city of Detroit case came along, as far as the number of municipal bankruptcy cases that I’ve been involved with, I’m tied with Miguel Cabrera and my dog.’”

As it stands, Chapter 9 is a rather obscure part of the bankruptcy code. “When you’re in law school, you’re not even taught that part of the code,” Bernstein says. “Honestly, I’d never read it until 2011. And I guarantee you, many of the judges have never read it, either, because Chapter 9 cases are so rare.”

When Michigan passed the Emergency Financial Manager Law in 2011, Bernstein was enlisted by the state and Michigan State University to participate in the formal training of potential emergency financial managers. “They found all these troubled communities and school districts that were at risk of having an emergency financial manager appointed,” he says, “but the people who would be called upon to fill that role had no training.”

That meant Bernstein needed to quickly get up to speed on Chapter 9, then make it understandable for the attendees of several seminars — just another day on the job for a guy who’s at his desk most mornings by 6 a.m. and says his approach to his work is “never to be out-prepared.”
More recently, the Detroit native was retained by the Ford Foundation to help create the Grand Bargain, where participating foundations from around the country, including the Ford Foundation, committed $366 million in foundation dollars to the city’s underfunded public pension funds. For Bernstein, that assignment was a revelation: “(It was) easily the most fascinating piece of work in my career.” — Tom Murray 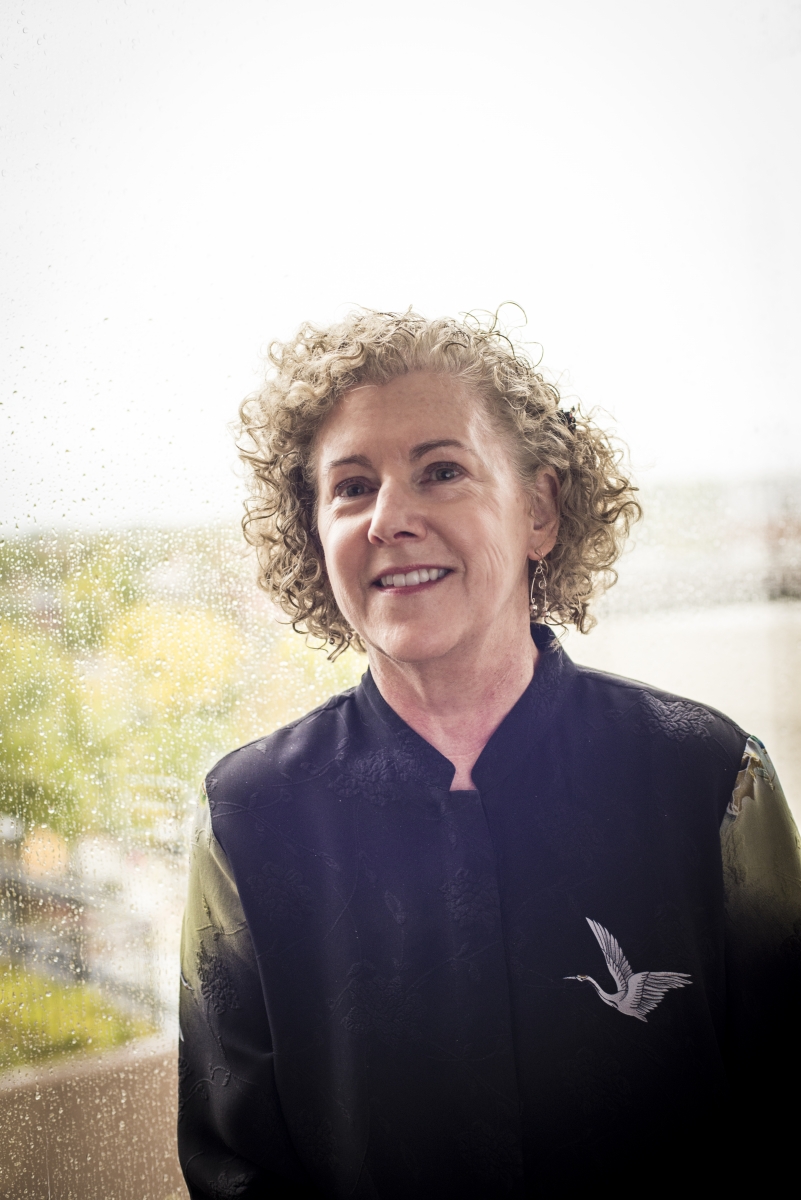 Susan M. Kornfield has practiced law for more than 30 years, teaches at the University of Michigan Law School, and is nationally renowned as an expert in the area of intellectual property matters. Based in the Ann Arbor office of Bodman, her expertise as a litigator has been well-noted.

A case in point: Earlier this year, Kornfield represented TSRL Inc., a pioneer in the field known as “gastrointestinal absorption” — part of a complex process in which a drug taken by mouth reaches the circulatory system. Kornfield was negotiating with attorneys for SimulationsPlus, a company that develops modeling and simulation software for the pharmaceutical and biotechnology industries.

In the mid-’90s, the two companies forged an alliance that required SimulationsPlus to pay royalties to TSRL in perpetuity. Now, after 15 years of making those payments, SimulationsPlus wanted to terminate that contract. “Their end game,” Kornfield says, “was not to have to pay 20 percent royalties forever.”

Kornfield’s end game was to get the maximum settlement for her client — as expeditiously as possible. “Prior to the meeting,” she says, “I asked my client for email exchanges or documents that SimulationsPlus might have forgotten existed that would help shed light on the strength of our position.”

From a pile of seemingly endless records, Kornfield discovered one telling document, which she immediately shared with the opposing legal team. “I think that was very helpful in bringing people to the table and pounding out a deal,” she says.

And what did the paper say?

“I can’t tell you,” she says, but she is delighted to report what it led to.

“After just 15 hours, we walked out with SimulationsPlus agreeing to pay my clients $6 million,” she says. “That was more money than they had paid to TSRL in royalties in the preceding 15 years, so it was a very big deal.”— Tom Murray 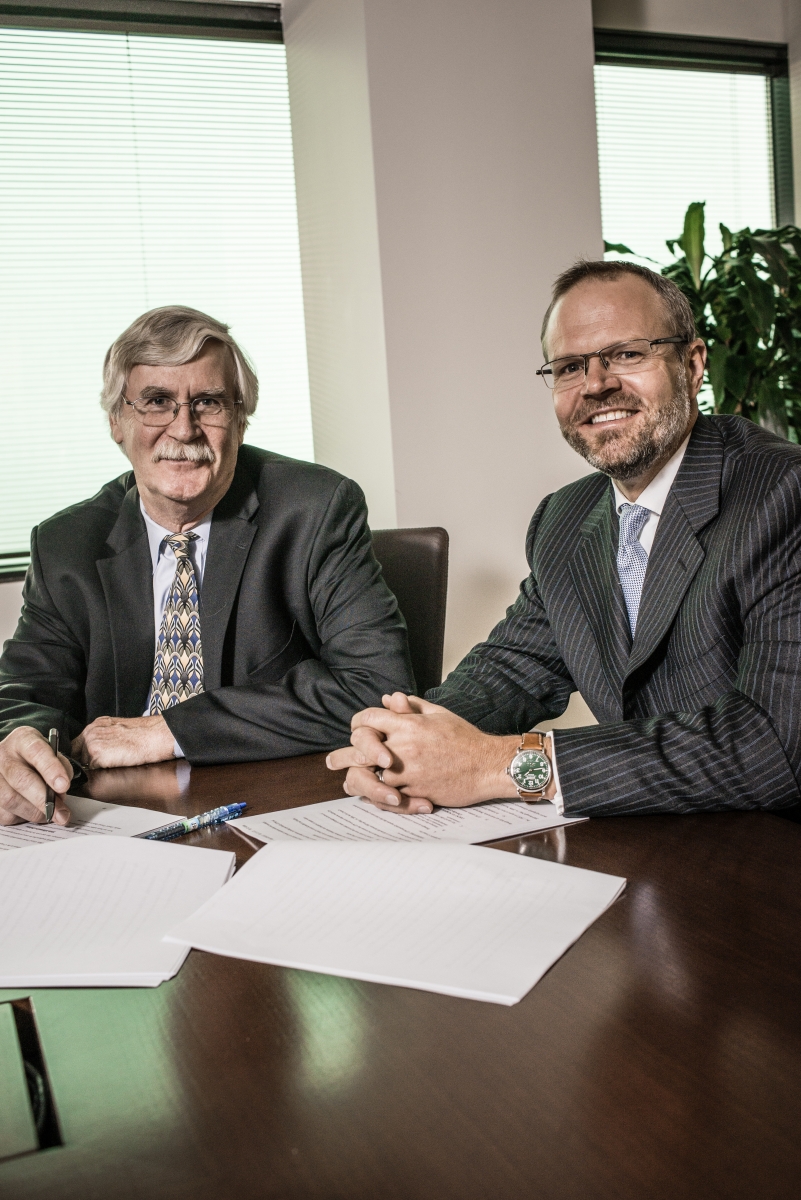 In April 2008, Christopher Ratté took his 7-year-old son Leo to a Detroit Tigers game and purchased a Mike’s Hard Lemonade from a vendor. Not knowing the beverage contained alcohol, he gave it to his son.

A security guard saw the boy holding the drink and alerted the police, despite Ratté’s insistence he had no idea he’d bought an alcoholic beverage.

While Ratté was questioned by police, Leo was examined and cleared by the medical staff at Comerica Park. Nevertheless, he was taken to Children’s Hospital in Detroit, examined yet again, and was found to have no alcohol in his blood. He was cleared to go home, but instead of being allowed to leave, Leo was immediately taken into custody by Wayne County Children’s Protective Services. The next day, he was sent to a foster home.

It wasn’t until a day later, after the University of Michigan Child Advocacy Clinic weighed in, that Leo was finally released into the custody of his mother, Claire. But that didn’t happen until Christopher agreed to move out of their house and to only have supervised contact with his son. The case was ultimately dismissed and Ratté was allowed to return home.

In what became known as the “Mike’s Hard Lemonade Lawsuit,” attorneys Robert C. Ludolph and Matthew J. Lund of Pepper Hamilton in Southfield, working with the ACLU of Michigan, had a specific focus — to challenge the constitutionality of the law, as well as the policies of the Family Division of the Wayne County Circuit Court. It was alleged that Leo was removed from his parents even though Family Court Judge Judy A. Hartsfield never made a determination he was in danger.

The result was a definitive victory on all fronts: New legislation, which would soon be known as “Leo’s Law,” established more stringent standards for removing children from their parents.

Federal Court Judge Avern Cohn also found that Judge Hartsfield could be sued, and that she could not avoid the claim on the basis of absolute judicial immunity. Judge Hartsfield settled the lawsuit last spring.— Tom Murray 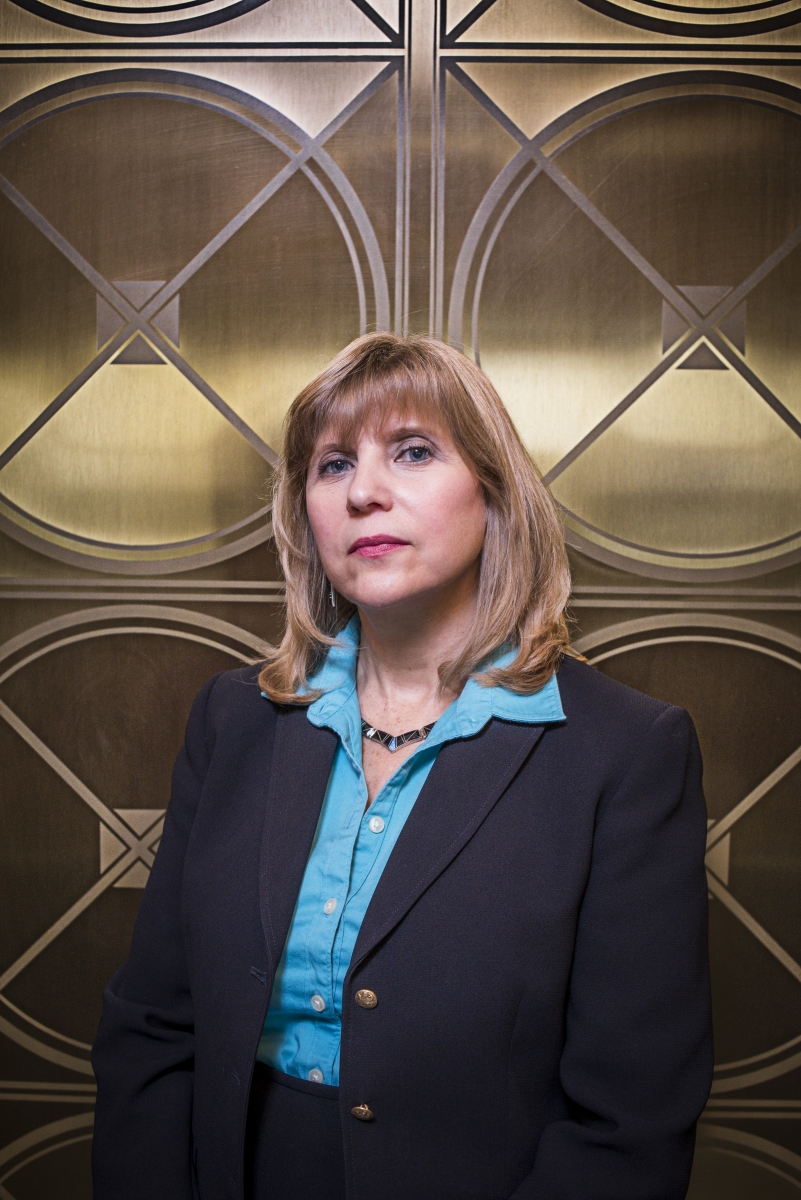 Patricia Nemeth has been practicing law for 30 years in the rough-and-tumble arena of management labor — as a mediator, arbitrator, litigator, and negotiator. It’s a world largely dominated by men, and yet Detroit-based Nemeth Law, founded by Nemeth in 1992, is the largest female-owned law firm in the state to exclusively represent companies in the prevention, resolution, and litigation of labor and employment disputes.

So what’s been the secret to her success for three decades?

“Not taking no for an answer,” she says, “along with doing a lot of detailed work and being very persistent.”

A recently resolved case between the U.S. Department of Labor and one of her clients — a construction company whose identity she can’t disclose because of confidentiality — is a prime example of how all those qualities come into play.

“The construction company would contract with skilled laborers across the country for multiple jobs,” Nemeth explains, “and the DOL was investigating whether the company had properly classified its skilled laborers as independent contractors. The DOL was taking the position that these individuals should have been classified as employees rather than as independent contractors.”

Unlike independent contractors, employees are eligible for a range of benefits, ranging from making a minimum wage to earning overtime after 40 hours per week to being entitled to health insurance. If the DOL determined the company was guilty of “misclassification” of its laborers, it would be culpable for a penalty in the millions of dollars.

“Generally, these things come up when you have a disgruntled former worker who will go to the DOL,” Nemeth says. “But a few years ago, the DOL also singled out the construction industry and said one of their goals was to make sure that individuals are properly classified.”

The efforts of Nemeth and her team resulted in a notable settlement for the client. “We probably saved this company from going bankrupt, and kept a lot of people working across the United States that wouldn’t have otherwise.” — Tom Murray 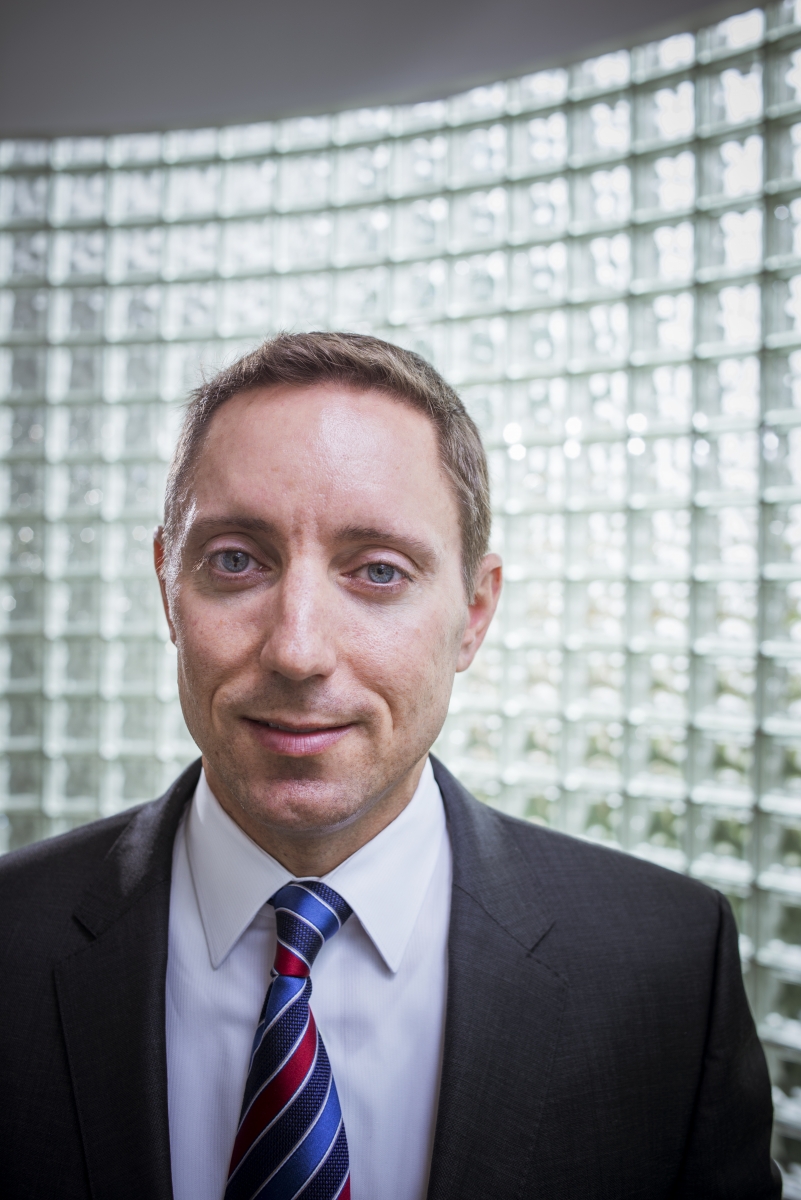 It’s not every day a lawyer tackles a Ponzi scheme. Scott A. Wolfson, a member at Wolfson Bolton in Troy, represented the trustee, Gene Kohut, in a case involving Dante DiMiro, who lured victims into a Ponzi scheme by offering to purchase certificates of deposit. After collecting the monies, he never purchased the CDs.

“The case is like a mini-Madoff,” Wolfson says. “We had to negotiate, litigate, and coordinate with the government, sue victims, and then convince them to work with us to try to recover more money for them, all the while making new law.”

DiMiro, who was sentenced to 10 years in federal prison, refused to cooperate when Wolfson attempted to take his deposition. The scheme, which brought in $13.2 million, began to unravel for DiMiro in 2010, soon after Mona Shores Public Schools — near Muskegon — invested $3.7 million in bond funds.

“They were the last ones in, and (that’s when) it all began to fall apart,” Wolfson says. “We argued to the court that the early investors should have known the deal was too good to be true, because the red flags were everywhere. The amount of returns that were promised was unrealistic. We’ve since recovered $2.6 million.”

When Wolfson got involved in the case, no funds had been recovered on behalf of around 18 creditors in the bankruptcy court, and the federal government said everything was subject to forfeiture. So Wolfson put forth a coordination agreement, whereby the government laid claim to hard assets such as cash, jewelry, and even a Harley-Davidson motorcycle.

The trustee was able to pursue other recovery claims; for example, the trustee brought claims against the debtor’s accounting firm for malpractice, aiding and abetting fraud, negligence, breach of fiduciary duty, and other matters in a bid to recover more than $9 million. The recovery effort is still under way, and will likely stretch to the end of 2015, Wolfson says.

“An involuntary Chapter 7 bankruptcy is fairly rare,” Wolfson says. “At the end of the day, we plan to put a significant dent in the losses incurred.” — R.J. King 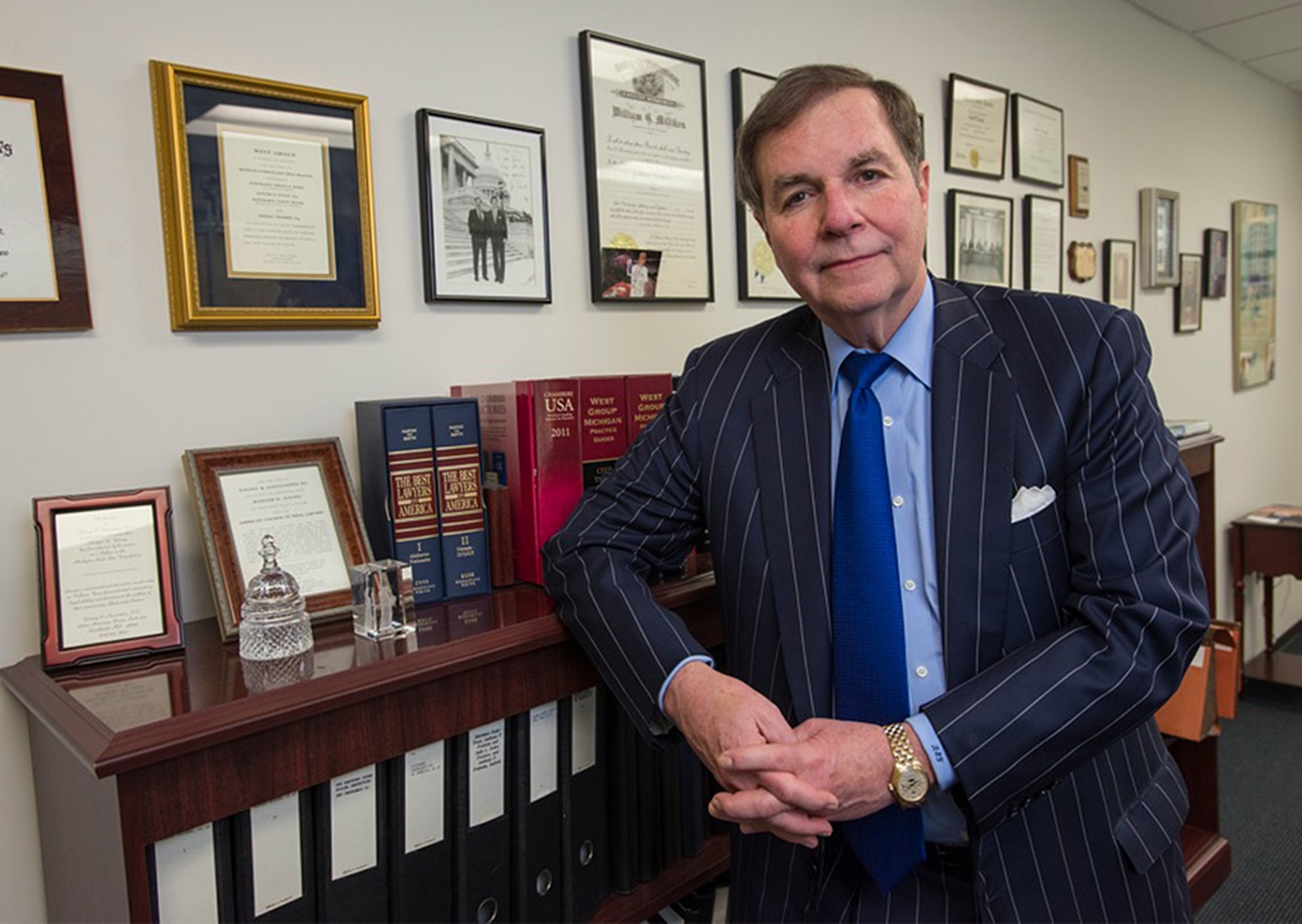 It was a legal battle that took five years to resolve, pitting Nationwide — one of the largest insurance and financial services companies in the world — against NorthPointe Capital, a boutique investment adviser In Troy.

“It was a true David and Goliath conflict,” says Rodger D. Young, founder and partner of Young & Associates in Farmington Hills, who led the team representing NorthPointe. In June 2007, Nationwide agreed to sell its interest in NorthPointe for $25 million, along with the right to receive the income generated by the continued management of seven Nationwide mutual funds.

“But after the closing in September of that year,” Young says, “Nationwide contended that NorthPointe had not met certain performance metrics that had been set forth in the purchase agreement. Therefore, they took money out of the agreed-upon mutual funds and put them in what essentially were competing funds in which NorthPointe had no interest.”

NorthPointe contended that that action was a violation of the purchase agreement. Their lawsuit alleged Nationwide not only breached the contract and misrepresented the transaction, but never intended to uphold its terms. In late July this year, the ruling of Judge Andrea L. Rocanelli of the Superior Court of the State of Delaware came down overwhelmingly on the side of NorthPointe,  in an opinion that ran 60 pages.

Judge Rocanelli ruled NorthPointe was entitled to more than $15 million in damages and termination fees, less a credit of $4.8 million for what NorthPointe owed under the original 2007 sale agreement.

“Incredibly,” the judge affirmed, “Nationwide’s stated reasoning for merging the funds was that NorthPointe had lost a substantial portion of its assets. This was disingenuous at best.”

Young falls short of declaring the case a milestone, but he readily describes it as extremely significant, both for his law firm and for the law of Delaware. “And I think because of the importance of Delaware law,” he adds, “nationally the case has precedential significance. So I would term it a very important star in the sky.” — Tom Murray