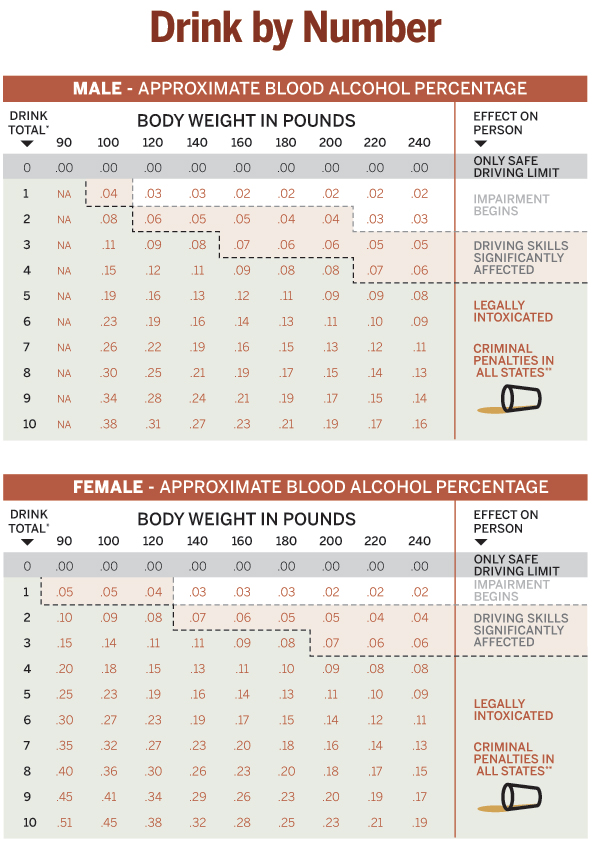 After his recent arrest on a first-offense drunken-driving charge, a local account manager is facing more than just time behind bars. If convicted, he might also have to deal with a suspended license, a record that cannot be expunged, and legal fees and court costs in excess of $10,000. And pursuant to his company’s policy, he might also lose his job.

On the other hand, he’s lucky no one was injured or killed.

A former law clerk with the Michigan Court of Appeals is now serving a prison sentence for manslaughter after slamming into a slow-moving disabled vehicle on a poorly lighted section of I-75, killing the other car’s two occupants. The attorney was on his way to see his minister, following an alcohol-related domestic dispute.

These are the types of stories that might make you think twice before having “one for the road” at your next company outing. Birmingham attorney Patrick Barone calls drunken driving “the crime that transcends all socioeconomic classes — and one anybody can commit.”

The majority of Barone’s clients are business executives and professionals with no prior record who are mostly unaware of the many consequences and the tougher laws being enforced in a criminal-justice system closely monitored by Mothers Against Drunk Driving (MADD). His firm specializes exclusively in drunken-driving defense throughout Michigan.

“Typically, my clients are leaders in some capacity and have a good amount of control in their business and [lives], and this may be the first time in their recent memory where somebody else is in control — the police, prosecutor, judge, or jury,” Barone says. “They feel embarrassed and humiliated — and with the loss of control, it puts them in a state of distress.”

Barone’s firm has plenty of work and many potential clients. In 2006, there were more than 50,000 arrests for drunken driving in Michigan, and 17,000 of those were in the tri-county area alone, according to the Michigan State Police’s recent drunken-driving audit.

“Years ago, drunken driving was just a traffic offense. But not anymore, because it’s treated much more seriously — especially with the significant 2003 changes to Michigan’s drunken-driving laws,” says Barone, who frequently lectures to the criminal-defense bar on drunken-driving laws, and who has written a two-volume legal treatise called Defending Drinking Drivers.

“Significantly, prosecutors can now charge [someone with] operating while intoxicated even if the person has less than a .08 percent BAC level, and they’re no longer protected by legal presumptions,” Barone says. “In essence, it’s now easier to be convicted of [drunken] driving.”

The most recent development in Michigan’s drunken-driving laws that has drawn the ire of defense attorneys took place last January when Gov. Jennifer Granholm signed the “Heidi’s Law” legislation, which removes the 10-year “look back” period for all drunken-driving offenses. Under prior law, a third offense was considered a felony only if it had occurred within the previous 10 years.

“There are all these people out there not realizing they’re facing potential felonies for another offense, and the state hasn’t notified them,” says Robert Larin, a Bloomfield Hills attorney who regularly lectures on drunken driving for the State Bar of Michigan.

“In effect, the new law has increased the damages from the prior convictions that may have happened years ago, and it violates due process,” he says. “I suspect it will eventually end up in the federal court system before we finally get a proper decision.”

A judge with a reputation for being especially tough on drunken-driving offenders is Kimberly Small of the 48th District Court in Bloomfield Hills. “It’s plenty common in my court to jail someone on a first offense,” she says. “There’s a cultural disconnect with this crime because you can have good, productive people who give massively to society and who never commit other crimes, yet they’ll risk committing the crime of [drunken] driving — where the potential consequence is taking another human life. We need to send a message that this community will not tolerate [drunken] driving, and I often do that using jail time.”

Judge Michael Martone of the 52nd District Court in Troy, who for years, like Judge Small, has been active in educating young people on the dangers of drunken driving, started his legal career in Florida as an assistant prosecutor handling vehicle homicide cases.

“Witnessing the autopsy of a 14-year-old child killed by a [drunken] driver is the most sickening thing you can ever imagine,” he says. “When I explain what an autopsy is … the reaction is, ‘This is serious stuff.’ Some of the executives who’ve appeared before me have become my biggest allies.”

According to Oakland County Sheriff Michael Bouchard, his county has been taking a zero-tolerance approach to drinking and driving for some time. “We take a very aggressive stance on [drunken] driving,” says Bouchard, who believes he has the only department in the state with a dedicated alcohol-enforcement team.

“With the extremely rigorous changes in the law, I think it has modeled a social shift from the days of ‘having one for the road,’” Bouchard says. “Alcohol treats people differently and, for some, having a couple of drinks may be enough to get you arrested.”

Increasingly, Barone finds that businesses are eliminating or significantly curtailing the amount of alcohol served at company-sponsored events, partly because of the potential of liability. “What sometimes happens is that someone goes to a function not expecting to drink very much. They’re in a peer-pressure situation, not necessarily to drink … but they’re [also] in a work environment, where they might not want to show perceived weakness by admitting they had too much to drink and have to [call] a cab …” The other problem is that the alcohol they’re legally consuming might also be impairing their decision on whether or not to drive. “That,” Barone says, “is a dangerous combination.”

For those charged with a drunken-driving offense, Barone presents his clients with a worst-case scenario by setting forth the possible punitive sanctions imposed by the court, the substantial nondiscretionary fees and points imposed by the Secretary of State, driver’s license sanctions, and the numerous collateral consequences that can accompany a conviction.

The collateral consequences frequently have the most significant and longest-lasting impact for most of Barone’s clients.

It’s not a pretty picture. Some of the ramifications can include higher insurance rates, problems getting life insurance, and increased difficulty in obtaining custody of minor children. A person convicted of drunken driving cannot legally enter Canada, in fact — not even to attend a business meeting.

But an even larger concern is the possibility of losing your job and having a tougher time getting hired in the future. “I’m seeing more employment contracts and company policy handbooks that obligate employees to disclose these convictions, which could be used to terminate the employee,” Barone says. “The conviction can’t be expunged from your criminal record, so even if it’s not a problem with your current employer, in all likelihood, you would have to disclose it to the next prospective employers.” Barone adds that any licensed professional probably has an obligation to report it to the state, and it may be grounds for some form of sanctions — including suspension or the termination of that person’s license.

“If you have any hope of rising in the business world, you should be very wary of drunken-driving offenses, given the state of the law and the zero-tolerance approach many companies are taking,” says Larin, who believes we’re in “the midst of another Prohibition.”

“I’m even seeing job applicants being turned away with ‘minor in possession’ convictions that occurred when they were 18 years old, which is a real shame because so many went to court without an attorney,” he says.

More changes to Michigan’s drunken-driving laws might not be too far down the road. Although sobriety checkpoints and the reduction of the legal limit for bodily alcohol content to .05 percent have been advocated and adopted in some states, MADD Michigan is concentrating its efforts on expanding the use of technology to help eliminate drunken driving.

“Our top legislative priority right now in Michigan is to pass laws that would mandate ignition-interlock systems for first-time offenders with a BAC level of .15 or higher and for repeat offenders,” says Homer Smith, executive director of MADD Michigan in Lansing.

Since 2003, the revised Michigan drunken-driving statute has allowed judges to require the installation of an ignition-interlock device as a condition of probation for both driving while intoxicated and for driving with any amount of a controlled substance.

The device, which costs the offender between $2.50 and $3 a day, according to Smith, doesn’t allow a vehicle’s engine to start if, after the driver blows into an attached breathalyzer, he fails the breath-alcohol-content limit. These devices are typically installed by local auto shops who work in tandem with a company called Smart Start Inc.

“We have 115,000 repeat offenders in Michigan, but only 3,500 are using interlock systems,” Smith says. “People who drive drunk at BAC levels of .15 or higher represent less than 1 percent of all drivers on our roadways, but are responsible for almost 60 percent of all alcohol-related crashes. We believe this measure would reduce recidivism, and that emerging technologies will eventually carry it even further.”

Given the state of the law and the increasingly aggressive enforcement of drunken-driving laws among groups like MADD, Barone says the best advice is simply to “not drink and drive — or, at the very least, to drink very little before driving.”