At the age of 39 — with two failed companies under his belt — Henry Ford hadn’t achieved much success in many of his business exploits, with the exception of his racing career. One might think his failures would discourage Ford, but never once did his knack for innovation decelerate.

Early in 1903, Ford’s latest venture was on the verge of collapse. Working with Detroit financier Alexander Y. Malcomson, the pair had contracted with brothers John and Horace Dodge — among the biggest auto suppliers of the day and the future originators of the well-known Dodge line of automobiles — to supply them with more than $160,000 in parts for their new automobiles. But due to lethargic sales, Ford and Malcomson couldn’t repay the debt they owed.

Ford didn’t want his third company to collapse, so with a little ingenuity he and Malcomson convinced a group of 10 investors to back a new company. On June 16, 1903, the Ford Motor Co. was born.

With financial backing in place, the automaker flourished and quickly outgrew its Mack Avenue plant. Roughly a year later, the board of directors authorized a $1,000 purchase for a 3.1-acre plot of land — an entire city block bordered by Piquette Avenue, the Michigan Central Railroad Line, Brush Street, and Beaubien (near today’s I-75 and East Grand Boulevard).

“Ford chose this location for a very specific reason. The railroad line that ran along the plot’s north border was a junction point for every major freight company,” says Steve Shotwell, a board member of the Ford Piquette Avenue Plant and president of the Model T Ford Club. “This would grant Ford the ability to have contracts with each one of the freight companies, instead of merely one or two.” 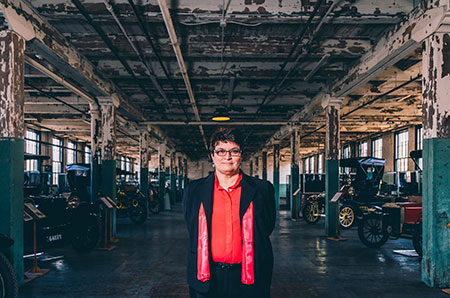 Architectural firm Field, Hinchman, and Smith commenced construction on the Piquette plant in May 1904, and by October the three-story, New England mill-style structure was completed at a cost of more than $76,000 (nearly $2 million today). By 1910, when the company moved to a much larger production and assembly complex in Highland Park, the Piquette plant had already proven itself a catalyst of American innovation as it brought to life the first mass-production assembly line.

The Piquette plant was sold to Studebaker in 1911, and continued to function as an automobile production factory until 1933. It was then owned by Minnesota Mining and Manufacturing Co., known today as 3M, and the Cadillac Overall Co., before it was finally purchased by Heritage Investments in 1989 and used as a storage facility.

The plant, Detroit’s only remaining historic automobile factory, was purchased from Heritage Investments in 2000 through donations raised by The Henry Ford Heritage Association, a group of Ford enthusiasts whose goal is to keep the legacy of Henry Ford alive and relevant.

“As the most important building in the history of the automobile industry, this structure had to be preserved,” says Jerald Mitchell, board president. “So much innovation happened at the Ford Piquette Avenue Plant, from the assembly line to the creation of the car that touched the lives of Americans, to innovations in distribution and the beginning of the modern dealership.” 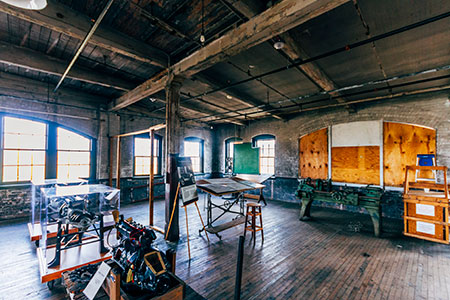 Today, the plant is open to the public and is establishing itself as a major events center. Operated by the Model T Automotive Heritage Complex, a group of historians, preservationists, and Model T enthusiasts, the facility recently formed a partnership with Ford Model T Club International to boost public awareness, increase the number of historic Ford vehicles on display, and expand exhibits and programming.

The new displays are expected to help the museum attract more visitors, private parties, weddings, and corporate functions. In addition, the plant recently became home to an apprenticeship readiness-training program — called Access For All — with a privately funded grant from the Detroit Regional Workforce Fund, which is operated by the United Way for Southeastern Michigan.

“As we watch all the work going on here at the Piquette plant, we’re reminded of the Ford trade schools Henry Ford established,” Darga says. “I think Henry Ford would be pleased that one of his factories is once again helping young people learn how to build, create, and innovate. The Piquette plant provided job opportunities to a previous generation of workers, and it seems appropriate that this museum should provide a work experience opportunity for students training to become part of a new generation of skilled trades workers.” db