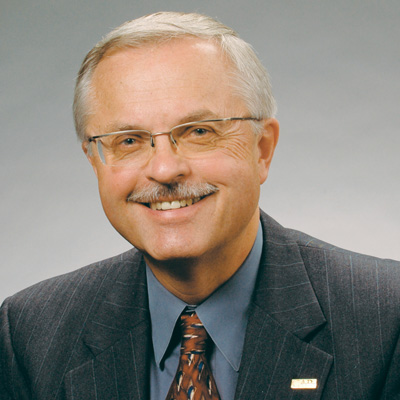 David E. Cole is chairman emeritus of the Center for Automotive Research in Ann Arbor, and former director of the Office for the Study of Automotive Transportation at the University of Michigan Transportation Research Institute. Before that, he was a professor of engineering at U-M. He has worked extensively on internal combustion engines, vehicle design, and overall automotive industry trends. Here, he provides his view on future automotive propulsion systems.

DB: What do you see as the trend through the next decade?

DC: It’s very uncertain. Considering the 2017 mid-term review, what CAFE (Corporate Average Fuel Economy) will we really be shooting for in 2025? It’s a very complex regulation, and we’re probably talking 40-something mpg real-world, not 54.5. But even in the 40s, there are tough issues of cost; how do you accomplish that across your spectrum of vehicles at a cost that people will pay when there’s diminishing value for fuel-economy improvement beyond the 35-mpg range? People aren’t going to pay a lot for small improvements.

DC: Yes, and we have two groups: a lot of companies that are pushing hard with electrification and hybrids, and some that can’t afford to play that game. At least in the reasonably near term, most manufacturers are focused on plug-in hybrids that get reasonable range on pure EV but can extend it with liquid fuel. The rate of improvement is difficult to assess between manufacturers and different types of technologies, and not all advanced technologies are focused on EVs and hybrids. The conventional ICE engine still has much to give if we can get at some of its fundamental losses, including throttling losses.

DB: Do you believe that the mandated CAFE of 54.5 mpg is achievable?

DC: The “haves” — the automakers who still can afford it — are on a full-court press, using every conceivable technology to try to achieve it. Whether that requirement is backed off a bit will be defined by economics, (and) the value the customer sees vs. the added cost to a vehicle to achieve it. The government has no concept of economics in this industry, or thermodynamics, or the laws of physics, and the decreasing dollar value to the consumer as fuel economy improves is not well-understood.

DC: Outside of normal progress in assembly labor productivity,I don’t see a huge change. We’ve become so efficient in assembling big stuff — cars, trucks, appliances — that even if we assembled them in China at near-zero labor cost, the transportation cost is greater than the labor cost savings. You can put a box of computers or phones on a plane and ship it anywhere in the world, but you can’t do that with a car. One important Michigan asset is about 450 supplier engineering operations. They want to be close to the core of the industry, and we have six OEMs with major engineering centers here — the domestic three, plus Nissan, Hyundai, and Toyota. So we pretty much have the intellectual homeroom for the industry. Michigan can be very competitive in building things and, increasingly, can have a competitive advantage in engineering if we have appropriately educated people. We’re at a point where if you don’t have a community college or associate degree, you might have a hard time finding a job in any manufacturing operation.