In the spirit of the first Concours d’Elegance — when, in the 17th century, the French aristocracy paraded their horse-drawn carriages through the streets of Paris — Arturo and Deborah Keller will display five rare classic cars, each from a different country, over the last weekend in July on the grounds of the Inn at St. John’s in Plymouth Township.

The annual Concours d’Elegance, held as a series of events that culminates on July 30 with an assemblage of more than 300 classic cars, muscle cars, motorcycles, and other vehicles on the grounds of St. John’s, has selected the Kellers as Collectors of the Year. Ralph Gilles, head of design at FCA Global, which has its North American headquarters in Auburn Hills, was named Enthusiast of the Year.

The Keller Collection, located in California and assembled over the past 35 years, includes so many rare Mercedes Benz sedans and sport cars that it rivals the collection of Daimler AG. One of the vehicles the Kellers will display at Concours is a 1938 Mercedes Autobahn Kurier by Sindelfingen, ostensibly built to cruise on what was then the newly-built Autobahn roadway.

“We’ve taken cars to events in many parts of the world, but the Motor City has a very special place in our hearts,” says Arturo, who formerly ran an automotive interiors and seating business and is now principal of the Keller Estate Winery north of San Francisco. “Concours d’Elegance of America takes place in the epicenter of the automotive industry, which has been an important part of my life for decades.” 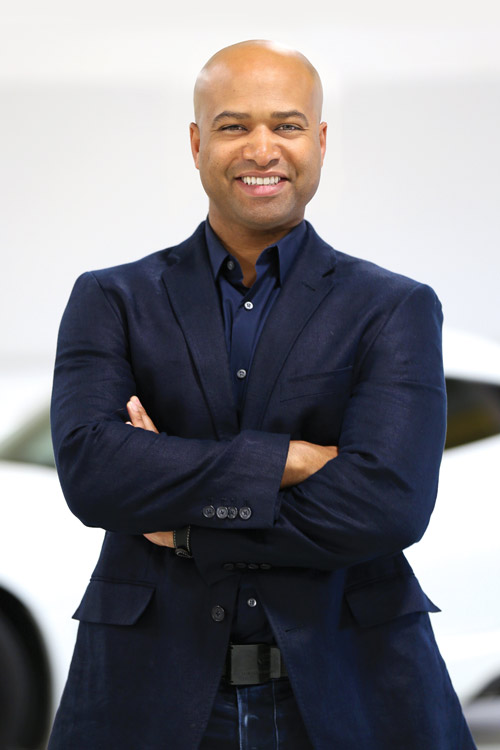 The Kellers, who acquired many of the cars in their private museum before the value of collector cars skyrocketed, sometimes refer to their stable of cars as the “Just in Time Collection” — meaning the vehicles were bought when they were still relatively affordable.

The couple says they focused on cars from the United States and Europe as they represent “the major countries (where) people invented and developed the automobile over the last century and a half,” Deborah says. “It’s interesting to compare cars of similar periods from the different countries, because you can see how the cars reflect the personality, artistic taste, and culture of each country. This is special because today, with globalization, it seems cultural differences are becoming less and less obvious.”

Gilles, who will be bringing a dozen vehicles to Concours, including a 1957 Alfa Romeo 1900 SS Zagato and a 2011 Ferrari Italia 458, says the vehicles are the result of “designers and engineers (who) set out to thrill the driver and visually please the beholder. The vehicles selected for the Concours d’Elegance prove that while function is important, form truly follows passion.”

In addition to Sunday’s display of vehicles, this year’s Concours includes a motoring tour, a charity dinner supporting the Juvenile Diabetes Research Foundation in Southfield, vehicle seminars, an art invitational, a chairman’s dinner, and an awards ceremony. Sunday’s field of cars is valued at more than $90 million.

More than 14,000 people are expected to attend the three-day event, says Diane Flis-Schneider, executive director of Concours d’Elegance of America. “We’ll have 15 auto-related events over three days, and there are 27 classes of cars, so there’s something for everyone,” she says. “Some of the cars people will see have never been displayed publically.”