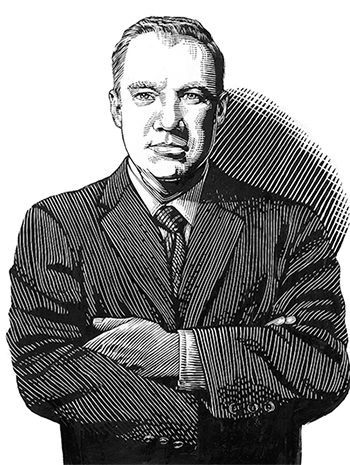 As the region rolls into the automotive season with two major shows in September — a hybrid of the traditional North American International Auto Show called Motor Bella and the inaugural American Festival of Speed — look for more outdoor events next year that fuse horsepower, electric motors, aerial vehicles, entertainment, and fine dining.

The changing landscape of hosting large-scale automotive events solely indoors was in the works long before COVID-19 upended our lives. The rise of social media has allowed automakers and other consumer-driven industries to target their marketing dollars to likely buyers in ways unimagined a decade ago.

As a result, there are fewer resources for hosting one large automotive show in a confined space. The new reality is a challenge for large convention centers like TCF Center, which for decades served as the epicenter of personal transportation with the annual Detroit Auto Show, first held in 1899 at the Light Guard Armory.

The show evolved and grew, including a short stint at Beller’s Beer Garden along East Jefferson Avenue near the MacArthur Bridge at Belle Isle (pre-Prohibition), before landing at what was Cobo Center in 1960. Over that time, the annual extravaganza included dog shows, an entire Japanese garden, and displays that featured complementary fashion items such as mechanic-style overcoats, leather boots, aviator-like goggles, and silk scarves.

Throughout the entire run of shows, money drove the size of floor displays. Good years meant more room for more models. But more recently, the automakers have been saving money by building multiple cars and trucks on the same chassis (try to find a major OEM that has debuted a new convertible in the recent past).

What’s more, the traditional sedan is disappearing in favor of SUVs, pickup trucks, and vans geared to small service businesses and fleet operators large and small. Those two factors — targeted advertising and fewer models — challenged show organizers like the Detroit Auto Dealers Association to pivot their traditional event, bring it outdoors to different venues, and mix it with the Motor City’s horsepower heritage.

Both Motor Bella (Sept. 21-26) and the American Festival of Speed (Sept. 27-Oct. 3) will be held at M1 Concourse in Pontiac, which offers a 1.5-mile racetrack. Rather than putting on one large event at TCF Center, the Detroit auto dealers are hosting Motor Bella. They also held the inaugural Motor City Car Crawl in downtown Detroit over the first weekend of August.

The owners of M1 Concourse, meanwhile, created the Woodward Dream Show (Aug. 20-21) to coincide with the Woodward Dream Cruise, and are bringing forward the American Speed Festival. At the same time, the organizers of the Concours d’Elegance, now owned by Hagerty, are bringing their annual classic car show to the grounds in and around the Detroit Institute of Arts in September 2022, mixing RPMs with Rembrandts. Prior to the move, the event was held at suburban venues.

If that isn’t enough, every automaker is now exploring the emerging aerial taxi business that will move freight at first, before opening their doors to passengers looking to travel within minutes between major airports and city centers.

Perhaps the biggest takeaway from the proliferation of outdoor auto shows and the fusion of past, present, and future technology is that consumer-driven businesses can’t afford to stand still. While it’s never easy to compete with the conventions of the status quo, running the risk of obscurity is no consolation.