More than 440,000 parts for a number of industries, including automotive, were produced last year at Westside Manufacturing and Fabrication Inc. in Wixom.

Few attorneys practice what they preach — but then there are the rare ones who do just that. Take Mark C. Knoth, for example. A labor and employment lawyer by day, Knoth oversees a manufacturing and fabrication shop early in the morning, in the evening, and, at times, on the weekends.

As director of Westside Manufacturing and Fabrication Inc. in Wixom (soon to be KW Laser and Manufacturing), Knoth makes sure the company has the tools, supplies, and raw materials to produce 440,000 parts a year for the automotive, trucking, construction, furniture, and aftermarket sectors.

“The experience of running the company allows me to look behind the curtain and understand what it takes to maintain and expand a manufacturing operation,” says Knoth, chair of the labor, employment, employee benefits, and ERISA practice group at Kerr Russell, a large law firm in downtown Detroit.

“When I’m working with a manufacturing client, what I see now is different from what I saw before. With my background in production, I can look at a client’s P&L statement and really understand where the company is at in terms of its financial picture, how the rising price of steel is affecting their operation, or how to negotiate the best supplier contracts for them.”

Knoth’s near-overnight education in the production parts business came about in 2015 following the passing of his father, Karl H. Knoth, who started the company in 1992. As executor of the estate, Knoth says his father charged him with keeping the business in the family and directed him “to build it up.”

In the last three years, Knoth says the company’s revenue has grown 40 percent by adding equipment like a laser cutter to speed and expand production. Other equipment was rearranged on the shop floor to boost efficiency; it’s a process that’s still underway. A second shift may be added in the near future. 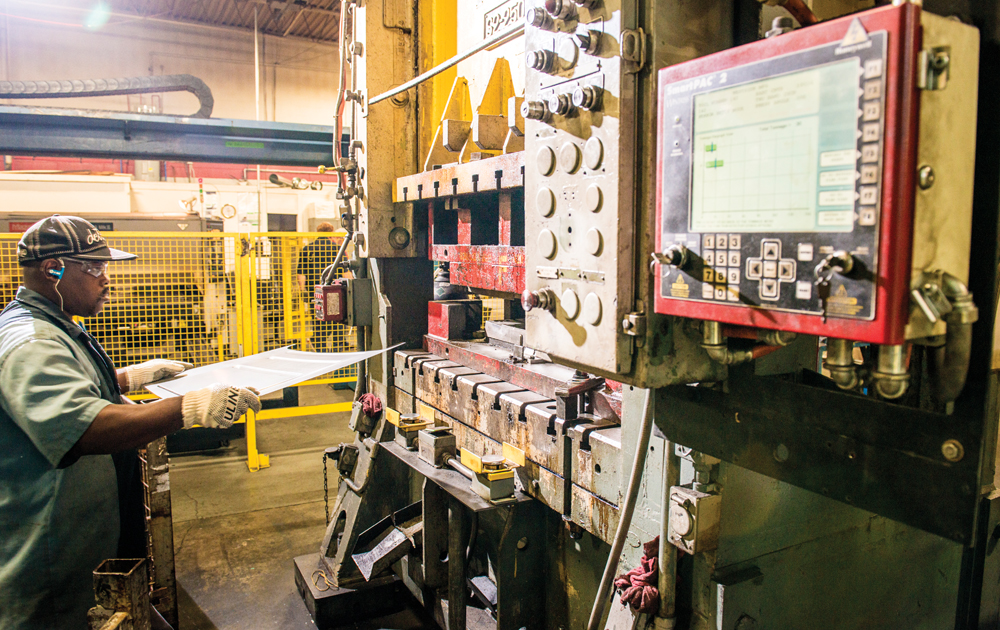 As a manufacturer’s son, Knoth says he didn’t fully appreciate his father’s career until he started running Westside Manufacturing. A German native, the elder Knoth came to America in 1957 and found work as an hourly employee on the body shop assembly line at Ford Motor Co.’s Wixom Assembly Plant. 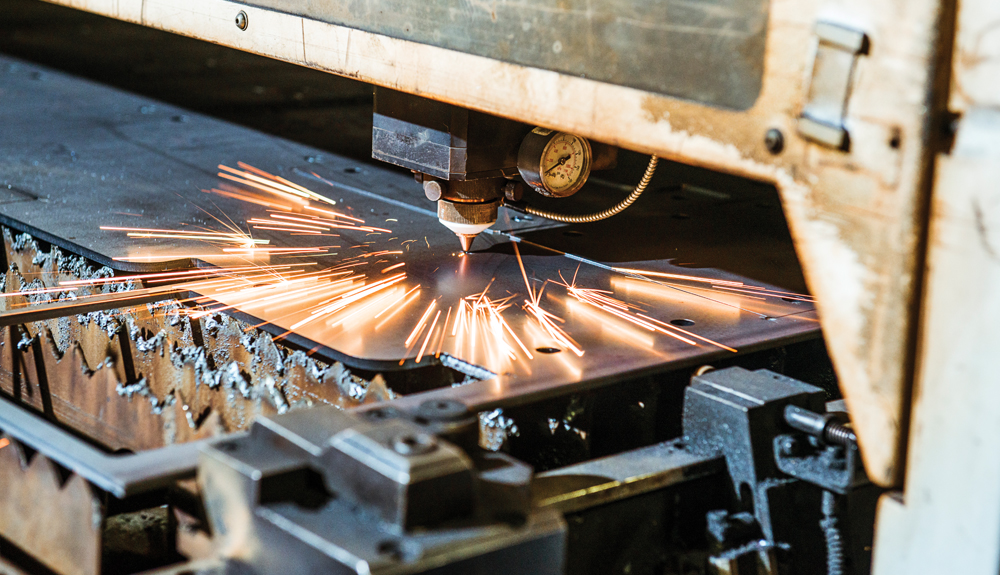 In 1971, he left and joined American Sunroof Corp. in Southgate, where he was named plant manager of the company’s first production facility. Following a series of promotions, he became president and COO of ASC. He left the company in 2001 after the death of its founder and his close friend, Heinz Prechter.

“My dad said if you could hear the bang, bang, bang of the stamping equipment, the company was doing well,” Knoth says. “Right now, we’re dealing with rising steel prices, which are up 35 percent since December due to supply and demand, along with what’s going on with tariffs.

“At the same time, manufacturing is doing well in the United States. There’s a lot of on-shoring (of work), where before it was difficult to compete with foreign companies. A lot of American companies want to work with American companies, and when you do that, it helps everyone in the country.”