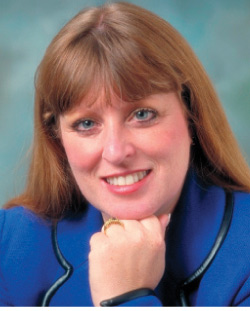 KL: This was started by people who didn’t know anything about the auto business, and they quickly realized they needed some help, so I was brought in to help them learn about the auto business. I bring knowledge about product and how to go to market with an automotive product, which is so different from what they’ve sold before.

DB: What can you tell us about that product and the customers you’re targeting?

KL: The product is a subcompact car … built by FAW (China’s First Auto Works); [it’s] a basic car called the F1. [There’s also] a luxury sedan that’s still really a small car. The goal is to target customers in Mexico who make anywhere from $600 to $6,000 a month, which is about 60 percent of the population. We combine a well-equipped car with the accessibility of financing. When I was at Ford (running its Mexican operations), we normally wouldn’t have targeted this group because a lot of them live in the “informal” economy and don’t have proof of income. In the past, these people never would’ve been able to buy a car because they’d have had to come up with cash. But [retail chain] Elektra has the experience to understand them and help them build credit. That’s the real revolution.

DB: Isn’t the real change in the distribution system?

KL: The concept is that you show half the cars at Elektra stores and half at agencies (Mexican dealerships). Our research shows a lot of women prefer buying at retail stores. In agencies, they’re just another customer; but in the retail stores, they’re a queen. It’s a different process.

DB: Will you build the cars in China or Mexico?

KL: We started selling cars last year (from China) and sold about 4,000. We’ll certainly sell more this year. Right now, we’re working under a government decree, so we don’t have to pay 50-percent import duties. The (original) plan was to build a plant in Michoacán (in south-central Mexico) and start building cars there in 2010. The commitment is still there, but we’re looking at the details. With the increase in the value of China’s currency, it makes even more sense to localize. We plan to build a plant with a capacity for 50,000 cars; but over time, it will go to 100,000, dependent upon our entrance into other markets in Latin America.

DB: Could you set up something like this for the U.S.?

KL: I’m not sure this (distribution system) could come to the U.S. because of state franchise laws, but I could see it move to other developed markets. The nice thing about starting in Mexico is that you can work out the kinks before you enter other markets. I do think the idea of low-cost manufacturing is something that will happen in the U.S. It’s easy to export.

DB: It’s clearly a tough time for Detroit and probably a good time to be somewhere else, but do you see yourself coming back to Motown?

KL: One thing I like about the auto industry is that once people face a problem, they fix it — maybe because so many people come from an engineering background. The problems Detroit is facing aren’t new. And the final destruction of the old business model will make the foundation much stronger for the domestic auto industry. As to what I’ll do, I love this business, and I’m really excited about Detroit, but I don’t know what I’ll do next.