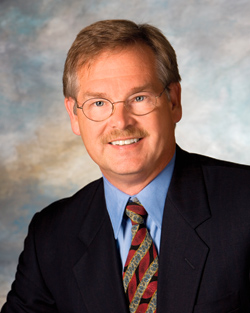 JN: In Moscow. We started up [the Insight 2811 Technology Entrepreneur Fund], which invests in companies that have very disruptive technology. … One company we invested in is Absorbent Technologies Inc. in Albany, Ore., which produces a product called Zeba. It’s a starch-based polymer that absorbs up to 500 times its weight in water.

DB: So you’re looking for customers in Russia?

JN: Yes, and in developing countries in Africa, China, wherever. The product bonds a seed with fertilizer and pesticide, and the result is a larger crop that uses less water. Right now, we’ve sold out our existing supply, but we have another plant coming online in 2009, and we’re looking to open a plant in Detroit in 2011.

DB: What else are you working on?

JN: Well, after I retired from Compuware Corp. in 2003 (as president and COO), I [eventually] hooked up with Arthur Zaske because they were investing in a software company, but they didn’t have a lot of technical expertise. It’s a company called Cornerstone Revolutions Inc. (in Portland, Ore.) that developed an inexpensive software package for independent financial advisers.

JN: … I’m the CEO for a company in Tempe, Ariz. called NthDegree Technologies that works in printed electronics. Essentially, it’s ink that lights up, so we’re working with all kinds of popular retail companies that would design cereal boxes or beverage packages that would light up. We hope to move the company back to Michigan.