In the early 80’s, Mike Mancinelli, a carpenter, started making cabinets and display cases for retailers inside his garage in East English Village in Detroit. In 1984 he was joined by Paul LaCroix, and  the pair formalized the business and grew it steadily until they came to the realization that their operation had outgrown the surrounding neighborhood.

“One day there were four semis parked out on the street, and Mike said it was time to move the business out of the garage,” says Chris Dee, president of GLW in Detroit (formerly Great Lakes Woodworking). “Mike and Paul were making deliveries in their pickup trucks, and they would make multiple runs. Today we design, engineer, and manufacture custom retail environments and fixtures.” 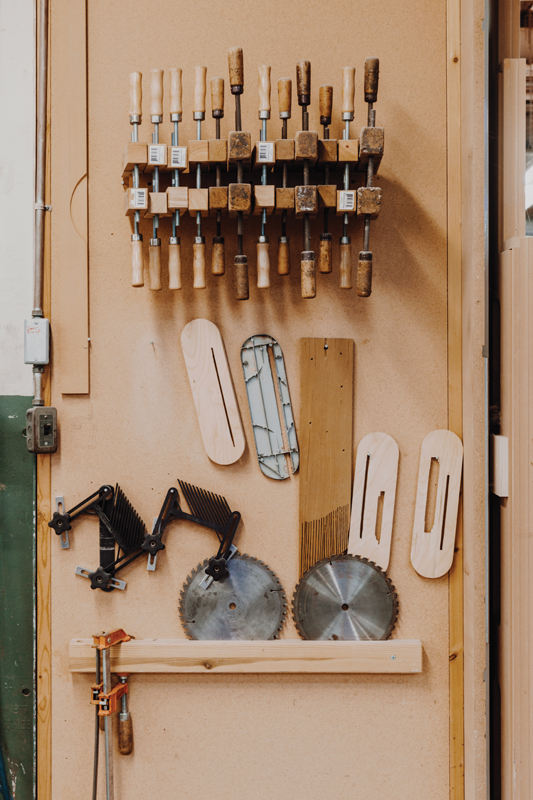 “We work with Shinola to design their stores, and we custom-build cabinets, shelving, and display cases, along with integrated lighting,” Dee says. “We’ve done their stores in Detroit, Ann Arbor, London, and at the Somerset Collection in Troy. Our other clients include West Elm, Williams-Sonoma, Lululemon Athletica, and Soft Surroundings, and we reach the United States, Mexico, Europe, the Middle East, and Australia.”

Tony Gatliff, vice president of sales and part owner of GLW (Mancinelli serves as CEO, while LaCroix retired), says the company’s design team will often go through a dozen to 20 iterations before a final interior layout is finalized.

“We can take a napkin sketch and go from there, or work with more detailed drawings,” Gatliff says. “We do 3-D modeling and use advanced software programs, we have nine full-time engineers, and we have CNC machines and a wide range of tooling to design and manufacture interior spaces. More and more, the demand for lighting technology has really grown, and it’s often integrated into the display cases.”

From the company’s main operation in Detroit, which spans 46,000 square feet along Mound Road, just east of Hamtramck (there’s also a 25,000-square-foot operation in Warren), materials — typically white oak and poplar woods — are sourced from the western part of the country.

To create seamless wood grains across cabinets and display boxes, a millworker cuts a V-shaped groove in the wood, applies glue, folds in the corners, and adds masking tape. “Once the glue dries, we remove the tape, stain it if needed, and then get it ready for shipping,” says Robby Kempton, who oversees GLW’s organizational health and development division.

Given the high cost of air travel, the company came up with a series of color-coded stickers and instructions for assembling the interior display pieces on-site. While there may be fear in the words “Some Assembly Required,” Kempton says the process is straightforward. 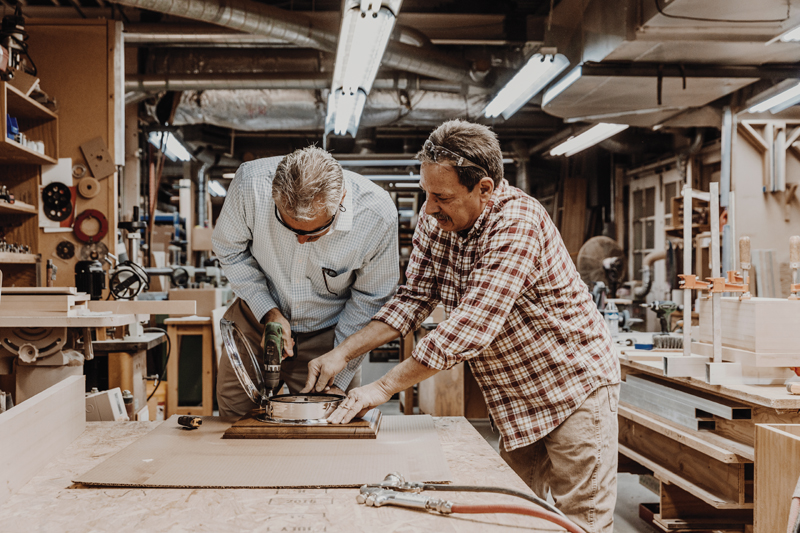 “We have a map of the space and, as you unpack the crate, the components with purple stickers go to the purple area, and so on,” he says. “It’s a lot easier all the way around if we build the components here, as opposed to building everything on-site when you consider sawdust, painting, staining, millwork, and the other things that can be a challenge on a job site.”

The company also can sandblast reclaimed wood if a retailer prefers a rugged look. During a tour of GLW’s manufacturing space, Gatliff explains that a series of large-screen TVs throughout the open work areas display the interiors of the company’s retail clients. “The TVs help keep everything on track so our employees can see what they’re building,” he says. “We also have two painting booths and a drying room. Everything is done on-site in a controlled environment.” 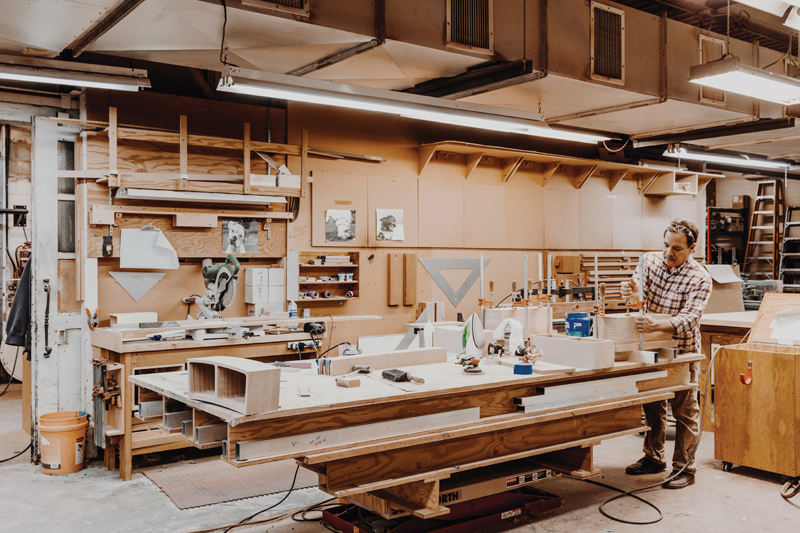 In 2017, the company, with 53 employees, was on pace to record more than $15 million in revenue. Over the next five years, the goal is to generate $22 million in revenue, mostly by drawing more work from the retail sector. The company also designs and builds wood cabinets and does trim work for a small number of private homes and offices, as well as hotels, bars, and restaurants.

Given skilled trades, especially engineers, are in high demand in metro Detroit, GLW works with Purple Squirrel Advisors, a boutique executive search firm in Troy. “We generally can find engineers in the Midwest, and then work with them to bring them to Detroit,” says Carrie Schochet, founder and CEO of Purple Squirrel Advisors. “The Detroit region was once filled with engineers and skilled woodworkers, but that was when the lumber industry was one of the state’s key industries.”

For the new 106-room Siren Hotel near the Detroit Opera House, GLW designed and crafted the round Candy Bar in the first-floor lobby of what was originally the Wurlitzer Building. “The hospitality sector is really growing, and with so many hotel brands, they all have a certain design and look,” Dee says. “We foresee more work coming from hotels and restaurants, especially in Detroit, the region, and Michigan.”