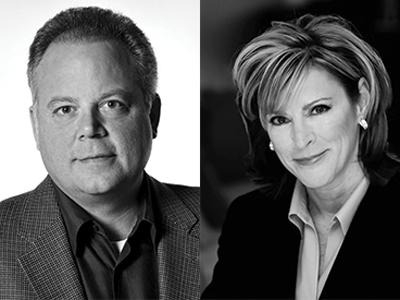 Although automakers and suppliers have shifted more of their ad work in recent years to national and international agencies, the trend shouldn’t be cause for finger-pointing, says Mark Petrosky, partner and CEO of Duffey Petrosky in Farmington Hills. “People like to blame the auto companies for pulling their accounts, but if an ad program was a success, the automakers wouldn’t be walking away,” he says.

Rather, the advertising industry should fix what ails it — namely, a manic focus on cost-cutting, Petrosky contends. While cost reductions may boost shareholder value, client relationships are deteriorating. Consider the fact that, a decade ago, the average client-agency relationship lasted seven years. Today, it spans just two years.

“When the international conglomerates came in and bought out smaller agencies (over the last decade), all that was left was a shell company, and the people in management got buyouts,” says Petrosky. “That was a recipe for disaster.”

Like Major League Baseball, the ad industry is split into two fairly distinct camps. Large holding companies are akin to the New York Yankees or Boston Red Sox, with seemingly unlimited financial backing. The rest of the ad market is made up of small- to medium-sized players that must use their resources wisely.

“A big change we’ve seen is that a lot of our accounts are growing organically,” says Jo Bourjaily, Duffey Petrosky’s director of integrated communications and public relations.

Founded 13 years ago with seven employees and a major Ford Motor account, Duffey Petrosky now has a diverse client base. The firm, which today has 70 employees, represents Blue Cross Blue Shield, Chrysler, the Michigan Economic Development Corp., and Alleghany Health System, among others.

“It’s really back to the future,” Petrosky says. “Our success lies in building personal relationships.”